RTÉ television will show all of Ireland's Women's Rugby World Cup games as well as the WRWC final across all platforms, TV, radio and online, this August.

Ireland open their campaign with a pool game against the much-fancied Australians on 9 August, before facing Japan on 13 August and France on 17 August.

All three pool games take place at the UCD Bowl in Dublin and will be live on RTÉ2 and RTÉ Player.

The World Cup final on Saturday 26 August in Kingspan Stadium, Belfast will also be live on RTÉ2 and RTÉ Player. 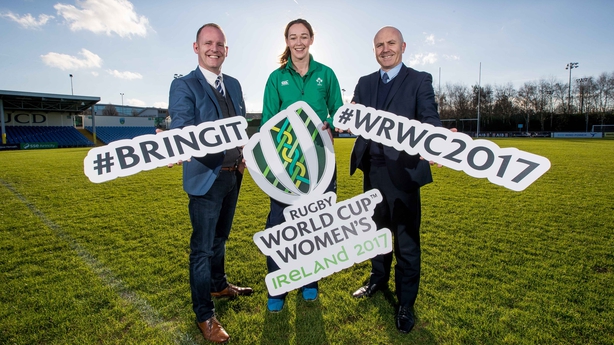 RTÉ reached an agreement with eir Sport to sub-licence all of Ireland’s Women’s Rugby World Cup games as well as the final in Kingspan Stadium, Belfast on a non-exclusive basis.

The tournament, which takes place in August this year, is being held in Ireland for the first time and viewers can follow the host nation’s progress throughout, live and free-to-air on RTÉ2 and RTÉ Player.

Separately RTÉ has secured radio rights for the tournament from World Rugby with details to be announced at a later date. 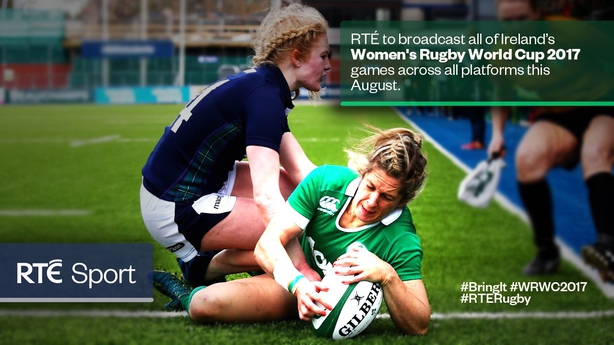 Ryle Nugent, Group Head, RTÉ Sport said “The staging of the Women’s Rugby World Cup in Ireland will undoubtedly capture the imagination of a sports loving nation in August and RTÉ is delighted to partner with eir Sport, another Irish broadcaster, to ensure that Ireland’s games in the tournament and the final are delivered to Irish audiences free-to-air on TV and online. RTÉ will also bring live radio coverage of the tournament to listeners as part of a comprehensive cross-platform offering so that audiences can follow team Ireland's games across RTÉ TV, radio and online."

World Rugby chairman Bill Beaumont said: “Women’s Rugby World Cup 2017 is set to be the biggest and best and today’s news will ensure matches are seen and heard by as many fans as possible in Ireland. The growth of the women’s game is a key priority for World Rugby and I have no doubt that this year’s tournament in Dublin and Belfast will further enhance one of the fastest growing team sports in the world by inspiring girls to take up our great game.”

eir Sport has the rights to broadcast every game from the tournament and will broadcast all the Ireland games live also.