Italian captain Sergio Parisse says the enthusiasm of head coach Conor O’Shea has been infectious and has had an immediate impact on the Azzurri.

The talismanic number 8 remains a doubt for this weekend’s Six Nations clash with Ireland in Rome, where both sides will hope to bounce back from opening round defeats in the competition.

A rudderless opening half hour laid the foundation for a Scottish win against Joe Schmidt’s side in Murrayfield, while Wales emerged victorious from the Italian capital in a largely forgettable encounter.

O’Shea will pit his wits against Ireland for the first time and will be looking for his second scalp as head coach, having led the underdogs to an unexpected win over South Africa in the Autumn Series.

Parisse is battling to overcome a neck injury to line up against Ireland for the eighth time in the Six Nations Championship, but has hailed the impact of O’Shea in Italian rugby.

“Conor arrived with a lot of energy. He’s a young coach and he had a good experience in Harlequins,” he told RTÉ Sport.

“He’s intelligent and he understood quickly that in Italy there are a few things to change.

“The team feels his energy and positivity.”

The Stade Francais number eight also heaped praise on Brendan Venter and Mike Catt, who have arrived as part of O’Shea’s coaching team and says the primary focus is to improve their consistency, particularly with three home games in the tournament.

“In November we showed good things, especially the victory against South Africa,” he said.

“Consistency in every match the objective.” 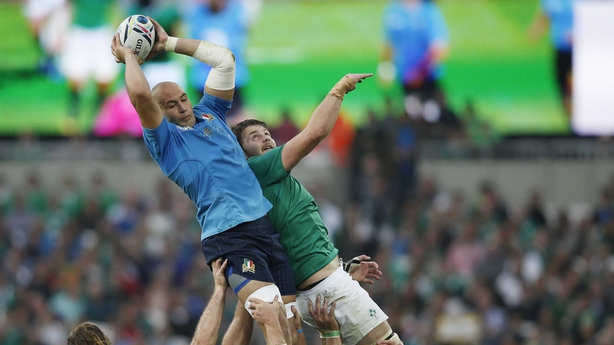 It had been rumoured that the 33-year-old was considering stepping a way from the rigours of Test rugby to focus on club commitments, but the 122-cap veteran insists that he is as keen as ever to pull on the Italian jersey.

"When you feel fresh, and you know your body...I want to play," he responded when asked why he has decided to continue to play.

"I still love playing and obviously for me it’s really important to manage my body and energy with Stade Francais and Italy."