Hartley is fit to resume the captaincy against France on 4 February after serving his latest suspension for a challenge on Leinster’s Seán O’Brien during Champions Cup duty last year.

Genge broke into the national set-up last year, made his debut as a replacement against Wales in May and was an ever-present on the fringes of the team for the remainder of 2016 only to be axed from the Elite Player Squad on 31 December.

Strong performances for Leicester against Munster, Saracens and Wasps have catapulted the combative front row back into contention, however. 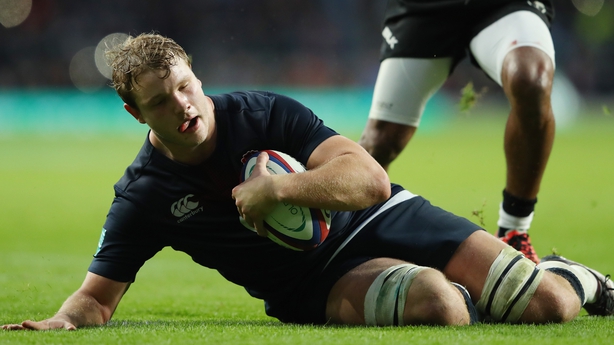 "This time last year I said that the long-term strategy for England is to develop a side who can be the most dominant team in world rugby," Jones said.

"Obviously I've been pleased with how the team's progressing, but there's still plenty to improve on. We always want to get better, every training session, every game."

Jones has appointed visual awareness coach Dr Sherylle Calder to his backroom staff with the South African due to work with the squad on a consultancy basis.

Dr Calder has been recruited to improve the players' peripheral vision, their reaction times and co-ordination and has worked with two World Cup-winning teams in England in 2003 and South Africa in 2007.

"For us this year is about building really strong foundations for the team and making sure our fundamental skills are improving," Jones said.

"Part of that is hand-eye co-ordination and our ability to handle the ball adroitly - Dr Sherylle Calder is an expert in that field.

"She has won two gold medals, 2003 with England and 2007 with South Africa, I used her extensively when I coached in Japan and had success with her then.

"I think she is really going to add an edge to the players' preparation."