Bernard Jackman fears for Connacht's Champions Cup hopes in France this weekend, and warned Toulouse have rediscovered their swagger at the worst possible time for the Irish province.

Pat Lam's men can make history at Stade Ernest Wallon with progression beyond the pool stages for the first time within their grasp.

A losing bonus could be enough if they stop their hosts scoring more than three tries, but Grenoble coach Jackman is less than confident they can do it.

"I think it's going to be very difficult," he told RTÉ 2fm's Game On.

"Connacht have obviously had a huge amount of injuries but they've battled away to get some half decent results and go into the last game with a cracking chance to qualify but even though it's only a losing bonus point that will probably be necessary, it's going to be hard to get.

"There's guys who are world-class players who haven't been performing for them in the last two seasons. Now they're starting to find a bit of form.

"Their performance away to Wasps last week (they lost 17-14) was really, really impressive. They haven't tended to travel well so to go over to Coventry against a Wasps team who are in form... it was a game they probably should have won."

It's not all doom and gloom for the Westerners though.

Jackman pinpointed some areas the visitors could exploit, and said they could even use Toulouse's French flair against them. 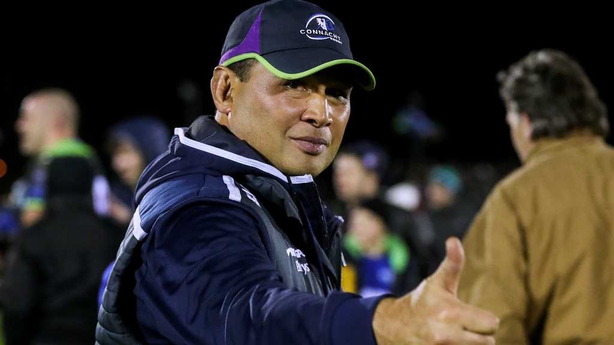 "Connacht's defence is going to be tested," he said. "I know they won the game really easily against Zebre last week but the first 15 minutes they looked pretty shaky in defence.

"If they give Toulouse that sort of space it's going to be really difficult.

"But, if you kick well there is opportunities there in their back field. Huget and Medard are phenomenal with the ball in hand but their ability to work off the ball is questionable.

"You know that Toulouse will bring the ball back to you; they'll throw crazy offloads.

"You probably will the get ball back after three or four phases or you'll concede a try or a line break. That's the risk you take."