Botha, who is the Blue Bulls vice captain, can operate as a flanker or number eight, made his Springbok debut in June 2013 and will move to Ireland at the end of the Super Rugby campaign.

A knee injury just four minutes into his second test, against Scotland, later that month scuppered his progress, but he has recovered to become a key figure for the Bulls in the last couple of seasons.

The 25-year-old captained South Africa U20s in the 2011 World Championships in Italy and was also named as their Player of the Year after a string of impressive performances.

He will arrive at the Kingspan Stadium after some very impressive seasons at club level and Les Kiss is hopeful that Botha will display the form that had earmarked for stardom from a long way out.

Cooney, 26, will move to Ravenhill in the summer on a two-year-deal.

Cooney said: "I'm delighted to be joining Ulster. My mum lived in Belfast for a few years and she really enjoyed the city so that made my decision a lot easier.

"Les Kiss was a big factor is my move too as he's so well-respected and I believe I can develop my game under his coaching. I spoke with him at length a few times about his hopes for Ulster Rugby and it sounds like an exciting time to be involved in the set-up.

"I loved my time in Galway and it re-energised my career, but I felt it was the right time for a fresh challenge.

"I have aspirations to play international rugby but first and foremost my focus will be on earning the starting scrumhalf position at Ulster.”

Kiss said, firstly of Botha: "Arno was tipped to be a future Springboks captain from a young age but his career was somewhat curtailed by injuries

“Those injuries are behind him now and he has regained his best form over the past 12 months.

"His leadership and abrasiveness will be key attributes for us over the next couple of seasons.

"Having searched domestically and abroad for the best available Irish-qualified scrumhalf, John was undoubtedly our number one target and we're delighted that he'll come on board from this summer."

Listen to live coverage of Castres v Leinster (KO 7.45pm) and Toulouse v Connacht in the Champions Cup on RTÉ Radio One this Sunday from 2pm 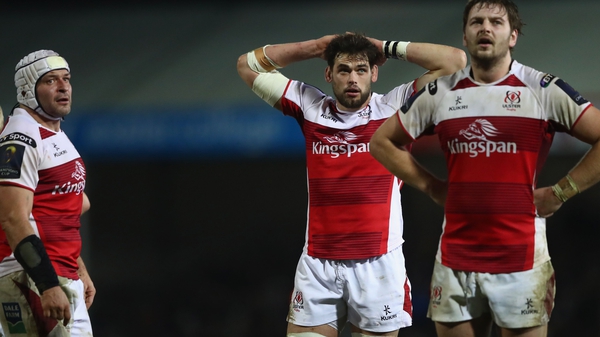