Francis Saili's late try booked Munster's place in the Champions Cup quarter-finals as they edged out Glasgow 14-12 at Scotstoun.

A hard-fought affair looked set to be decided by the teams' respective kickers before the game swung decisively in favour of johan Erasmus' men when Warriors full-back Stuart Hogg was yellow-carded with 10 minutes left.

That opened up the space Kiwi centre Saili needed to grab the winning touchdown and send his team through to the last eight for the first time in four years.

Glasgow were left to be consolidated with a losing bonus point but their hopes of escaping the pool stage for the first time now rest with next week's do-or-die clash with Leicester, who were hammered 34-3 by Racing in Paris today, at Welford Road.

This match was dubbed the biggest anywhere across Europe before kick-off and Glasgow coach Gregor Townsend did his best to ensure it lived up its billing by sending out a starting line-up packed one to 15 with Scotland internationals. 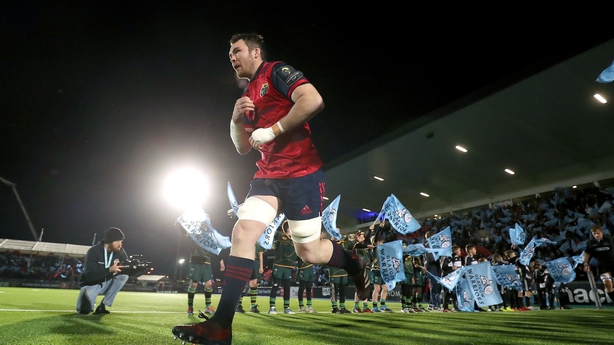 He claimed his team were up against the northern hemisphere's form club side but neither outfit gave much away during a tense opening half.

The stalemate was pierced 13 minutes in when Finn Russell nailed a penalty for the hosts, while Munster fly-half Tyler Bleyendaal levelled with his second attempt.

As Townsend predicted, the Irish were proving handy in all disciplines and it took some restrained defence to halt their first serious surge led by CJ Stander and Peter O'Mahony after 28 minutes

Hogg then put Warriors in front once more with a massive kick from bang on halfway - but the gains were swiftly wiped out as Bleyendaal again knocked over.

The Scotland full-back had another go from similar distance just before the break but this time he pulled his strike wide. 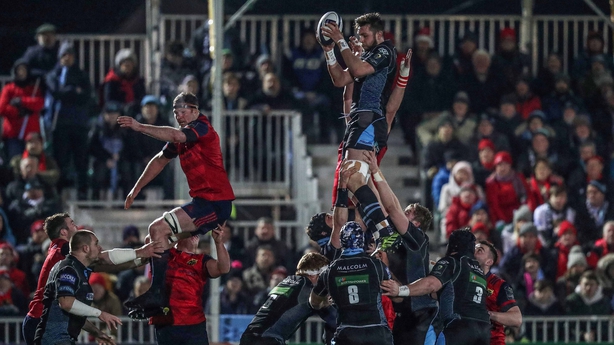 Glasgow started the second period with menace but the kicking pendulum continued to swing back and forth as another Russell penalty was swiftly cancelled out by Bleyendaal.

Warriors were feeding off the passion being generated by a sell-out crowd but Munster's resistance was proving hard to shake and they had to settle for another Russell kick as the game entered its final 20 minutes.

But an ominous sense of dread quickly spread round the ground when Hogg fell victim of the new guidelines on high tackles, after catching Andrew Conway with a flailing arm as the Munster wing made a failed attempt to dive over in the corner. 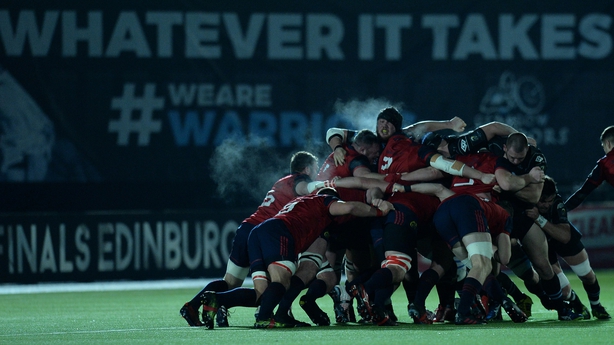 The Reds had been upping the ante but with Hogg sin-binned the door was opened for them to strike, with Keith Earls' clever reverse pass sending Saili over in the corner.

Glasgow were left with a sliver of hope when Bleyendaal missed his conversion.

But Russell's decision to go on a chip and charge failed to pay off as Munster held on by the skin of their teeth.