Alun Wyn Jones could be announced next week as Wales captain for this season's RBS 6 Nations Championship.

Wales' interim head coach Rob Howley - in charge this season while Warren Gatland prepares for the British and Irish Lions' New Zealand tour in June - will name his Six Nations squad next Tuesday.

And, while 69 times-capped Warburton will be part of that group, speculation has intensified that he will relinquish the captaincy role he has held since 2011, although there has so far been no official Welsh Rugby Union comment on his position.

Cardiff Blues flanker Warburton, who has skippered Wales more times than any other player, led his country outstandingly in the last two World Cup campaigns and was Lions leader for the successful tour of Australia in 2013. 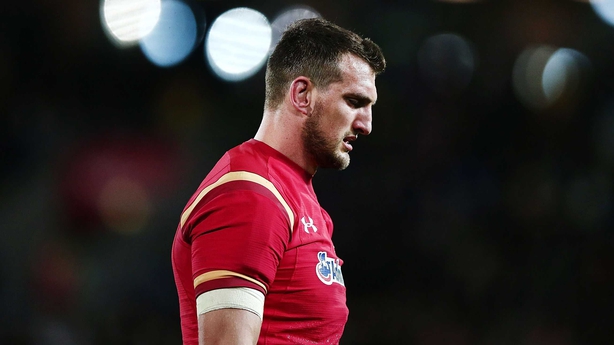 But Warburton is reportedly more concentrated on producing top form and securing a starting place in Wales' highly-competitive back-row area.

Justin Tipuric starred in the openside flanker role during Wales' autumn internationals this season, while Gloucester's Ross Moriarty has also emerged as a major back-row force since being handed an opportunity at Test level.

If 28-year-old Warburton does give up the captaincy, Jones would be a clear favourite to take over for a Six Nations campaign that begins for Wales against Italy in Rome on February 5.

Jones has led Wales in the past and captained the Lions in the series-clinching third Test win against Australia after Warburton missed out because of injury.

Prop Gethin Jenkins - like Jones, a member of Test rugby's 100-cap club - would have been another major contender, but he is currently sidelined due to injury and could miss the entire Six Nations.

Warburton first skippered Wales in June 2011 at the age of just 22, and he led them into the World Cup in New Zealand three months later.

Wales reached the semi-finals of that tournament - their best World Cup performance for 24 years - although from Warburton's perspective it will also be remembered for him being controversially sent off by Irish referee Alain Rolland during an agonising semi-final defeat against France in Auckland.

He also led Wales during a Six Nations championship and Grand Slam-winning campaign in 2012, and again when they retained the title a year later.

And Warburton was at the helm for Wales' 2015 World Cup campaign, which produced a notable victory over England at Twickenham before a quarter-final exit against South Africa.

Warburton has captained Wales 49 times - 16 more than his closest challenger Ryan Jones - while he is also in the higher echelon of world leaders.

Richie McCaw led New Zealand on a world record 110 occasions, but only seven other players - Brian O'Driscoll, John Smit, Sergio Parisse, Will Carling, George Gregan, Thierry Dusautoir and John Eales - are ahead of Warburton's tally of 51 Tests as Wales and Lions skipper.