Tony Ward believes the current Munster squad is laden with leaders and says the players channelled the emotion of the re-arranged Racing 92 match in the best possible way.

Rassie Erasmus’ side were utterly dominant in 32-7 Champions Cup bonus point win over a weakened Racing 92 at Stade Yves-du-Manoir to keep qualification from Pool One in their own hands.

Simon Zebo, CJ Stander and Andrew Conway all touched down to establish a 25-0 interval lead, before Niall Scannell secured the try bonus-point in the 55th minute.

This round one fixture was postponed back in October following the sudden death of Munster head coach Anthony Foley at the team hotel, and there was a poignant tribute to the Clare native before the game.

Former Munster and Ireland out-half Ward was impressed with how the players handled the occasion.

“Munster were outstanding the way they went about their business. They channelled all their emotion in the right way,” he told RTÉ Radio’s Sunday Sport programme.

“They took off at a rate of knots and never let up in terms of intensity.

“It’s difficult to think of a Munster player who didn’t deliver what the performance demanded.” 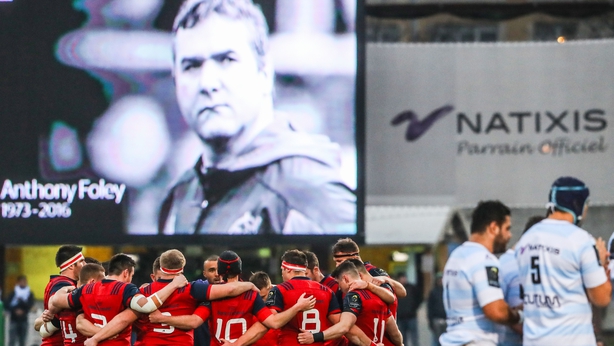 Munster have recorded 10 wins and just one defeat since Foley’s untimely passing and the competition for places was evident with the strength of the bench in Paris.

Keith Earls, Francis Saili, Jack O’Donoghue and Dave Kilcoyne were among those introduced as substitutes and Ward believes the team are in a very strong position at present.

“Of all the positives that have evolved over the last, sad three months, I think it is that leaders are now coming to the fore,” he said. “It was like Munster of old.

“They’ve a backrow now that compares to the great backrow of Alan Quinlan, David Wallace and Anthony Foley.

“Munster are in a great place going forward. There are real leaders throughout the side.

“Donnacha Ryan was immense in Paris. Billy Holland has been all the time. How they are going to leave Jean Kleyn out I don’t know the way he played over Christmas.

“The Scannell brothers are really developing.

“Simon Zebo is a leader in a different sort of way. Conor Murray again was superb.

"These are all leaders - guys who you look to in adversity.”

The rugby analyst however did admit that Munster’s brilliance was balanced by an awful display from the home side.

After losing their opening three games of the pool, Racing made 11 changes as they look to concentrate on the Top 14.

“Racing were abysmal. There’s no way that would have happened in the first round game were they taking part with something to play for," the former Ireland international said.

"Some of those guys should be looking for pastures new"

“I thought Ronan O’Gara summed it up frankly as he always does when he said after 15 minutes he thought it was over as a contest.

“I felt exactly the same and that’s not good enough.

“They didn’t perform. Some of those guys should be looking for pastures new. You expect the hunger to be there, but collectively they just didn’t seem interested.

“Maybe I’m being unfair, but that’s certainly how it came across.” 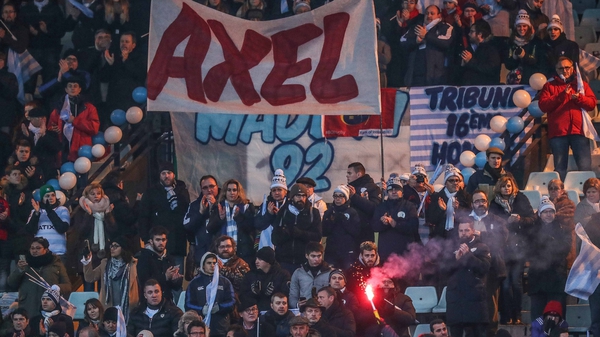