Jonathan Sexton made a winning return as Leinster ran in ten tries in a 70-6 victory against listless Zebre in an embarrassingly one-sided Guinness Pro12 encounter at the RDS.

Sexton, who finished with 12 points, added the extras to Garry Ringrose's 47th-minute effort before his departure and in a rampant final 15 minutes, Leo Cullen's men added four more tries through O'Loughlin, who notched a hat-trick, man-of-the-match Ringrose and Jamie Heaslip on a rare appearance as a replacement. 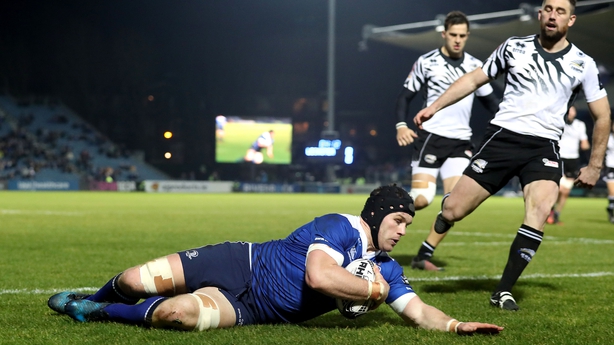 Leinster quickly exploited the visitors' soft centre at the start of this 10-try thrashing, which was a PRO12 record win for the Irish province. Robbie Henshaw and Ringrose did some damage in midfield before McGrath scooped a long pass out to the right for O'Brien to run over unopposed in the fourth minute.

Sexton converted before his opposite number Padovani almost finished off a breakaway try from Lloyd Greeff's chip and chase. Unfortunately, the Italy international's contact with the bouncing ball was too heavy.

Normal service was resumed by the end of the first quarter as New Zealander Triggs powered over after an initial lineout maul had been stopped. Sexton converted for a 14-3 lead.

A combination of handling errors and scrappy penalties would have frustrated Cullen and his fellow coaches, O'Brien's latest infringement allowing Padovani to cut the gap to eight points.

However, Sexton's excellent restart was gobbled up by Devin Toner, Zebre switching off as they allowed Zane Kirchner to sprint through and pass for scrum-half McGrath to finish off by the posts.

The bonus-point score arrived as early as the 29th minute, prop Healy showing impressive strength to drive over from close range.

Lively winger O'Loughlin added his fifth try in as many games just before referee Dan Jones' half-time whistle, the 22-year-old racing up the left touchline after McGrath's snappy break from a late scrum. 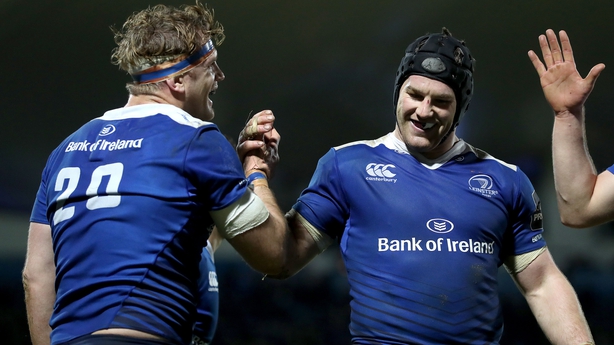 Excellent work by Healy and James Tracy almost teed up Dan Leavy for a try in the left corner on the resumption, the score eventually coming when Ringrose struck from a few metres out having burst onto Sexton's short pass.

Amid a lull either side of the hour mark, young centre Ringrose continued to look sharp with ball in hand while also nailing some textbook tackles. Indeed, he provided the scoring passes for O'Loughlin's next two tries, the Academy starlet using his momentum in a tackle to twist over and complete his hat-trick in the 71st minute.

Zebre then lost replacement prop Guillermo Roan to the sin-bin for a tip tackle on Toner, and quick ball from a scrum allowed Ringrose to scamper in from close range.

There was still time for Heaslip to be freed up on the left wing for a final try, with young replacement Ross Byrne expertly landing all four of his conversion kicks to make it a perfect 10 for Leinster. 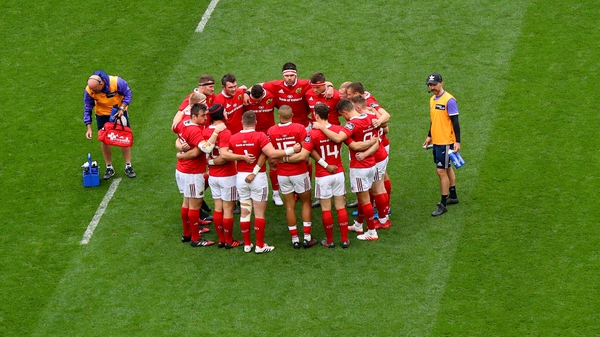 Erasmus taking nothing for granted against Racing