Tony Ward is tipping Munster to buck the away trend in tomorrow’s interprovincial derby against Connacht, but believes Leinster will prove too strong for Ulster at the RDS.

The Irish provinces will have their final outings of 2016 on New Year’s Eve (live coverage of both games on RTÉ Radio One’s Saturday Sport programme from 3pm) with Munster, Leinster and Ulster currently occupying three of the top four places in the Guinness Pro12 table.

Last weekend saw comprehensive wins for Munster and Ulster over Leinster and Connacht respectively, with the IRFU Player Welfare programme again coming under scrutiny as the home sides fielded full-strength sides but Leinster, in particular, rested a host of first-team players.

That trend is set to continue this weekend and RTÉ rugby analyst Ward says he is concerned with the development.

“I think it's worrying the trend has developed,” he told RTÉ Radio One’s Morning Ireland programme. 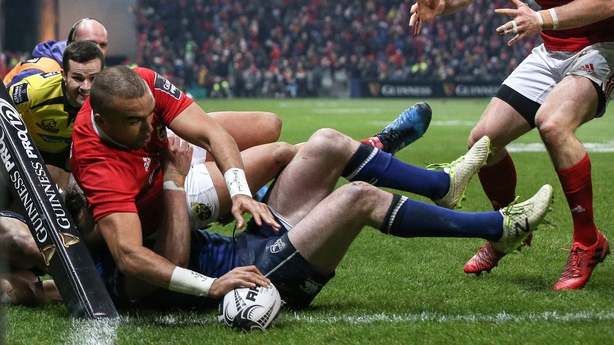 “We understand that teams are going full strength at home, which means there is a huge advantage to the host team and that is the way it is panning out.

“It is a trend that has evolved, we understand why, but I think it is a pity.”

First up tomorrow will be the clash of third-place Leinster against fourth-placed Ulster (KO 3pm).

Leo Cullen’s side will be looking to bounce back from the 29-17 defeat at Thomond Park against an Ulster side 10 points adrift of the league leaders Munster, but believes there is a greater need for the visitors to claim a positive result.

“It is a very much a must-win game for Ulster,” he said.

“I think of the four provincial teams, it’s biggest of all for them because if they lose they are going to drift somewhat from the top three.

“It’s a vital game for Ulster.” 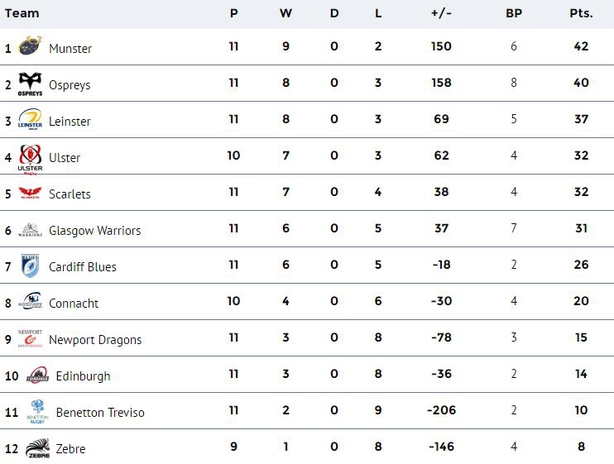 Ward, however is expecting the return of some big guns, plus some promising individual displays in the Munster defeat, to swing the tie in Leinster’s favour.

“There were big performances the other night from Jack Conan, Dan Leavy and when Noel Reid and Richardt Strauss came on, they made a significant difference in the end.

“When you put players of that quality into the mix, with their experience, I just think Leinster will be too strong.”

Reigning champions Connacht are languishing in eighth place and are already lag 22 points behind Rassie Erasmus’ side ahead of the clash at the Sportsground (KO 5pm).

Head coach Pat Lam is dealing with a crippling injury list and Ward feels that the two-time European champions could buck the away trend and sneak a win to add to Connacht's defeat to Ulster last time out.

“Francis Saili came back the other night [against Leinster], Robin Copeland I rate very highly, Jack O’Donoghue, Jean Kleyn was outstanding the other night," he said.

“It is a ‘must-win’ game for Connacht or else they are past the point of no return if they lose and I fancy Munster to take this on the road.” 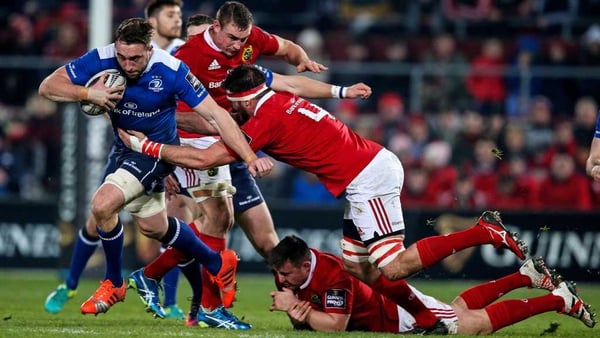