Leinster have made a total of ten changes for the St Stephen's Day game in the Guinness PRO12 against Munster in Thomond Park.

Head coach Leo Cullen retains four of the backs that faced Northampton Saints in the Champions Cup last Saturday but captain Isa Nacewa swaps wings in the only positional change.

As a result UCD's Barry Daly comes into the side on the left wing with Nacewa operating on the right. South African international Zane Kirchner will start at full back for his 76th Leinster cap.Robbie Henshaw continues in the centre but is partnered this week by Rory O'Loughlin.

O'Loughlin, who wins his tenth cap for Leinster, scored a try in both home and away games against Northampton Saints.

Ross Byrne again starts in the number ten jersey but is joined from the start this week by Maori All Black Jamison Gibson-Park.Cian Healy, James Tracy and Tadhg Furlong form an Irish international front row.

Furlong is the only forward retained from last week's starting XV.Ross Molony and Mike McCarthy start in the second row, while in the back row Rhys Ruddock, Dan Leavy and Jack Conan complete the pack. 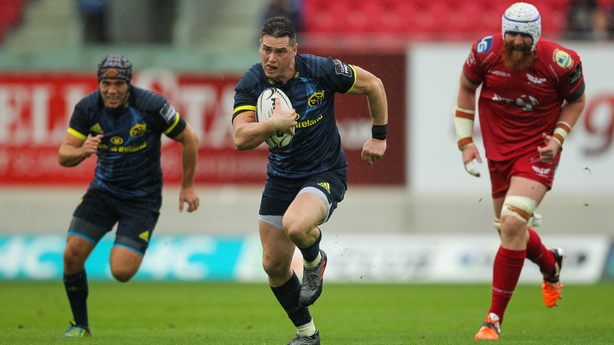 Munster have also named their team for the showdown with Leinster and James Cronin, Jean Kleyn and Ronan O'Mahony are all included with Francis Saili in line to make his first appearance of the season if sprung from the bench.

The Kiwi centre is fit to play after undergoing shoulder surgery at the end of last season.

It's as you were with the international backrow of Captain Peter O'Mahony, Tommy O'Donnell and CJ Stander, and there is no change to the halfback pairing of Conor Murray and Tyler Bleyendaal.

Winger Ronan O'Mahony, who was the 24th man last weekend, takes the place of Keith Earls in an otherwise unchanged backline. 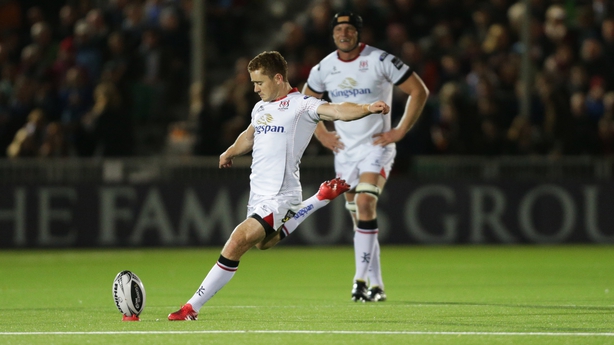 With just five days between fixtures, Les Kiss has taken the opportunity to introduce six new faces into Ulster's starting XV for the sold-out tie at Kingspan Stadium.

Five of the changes come in the forwards after a physical Champions Cup defeat to ASM Clermont Auvergne on Sunday.

Andrew Warwick and Rodney Ah You come in to start in the front row alongside Rory Best, who will again captain the side from hooker.

Kieran Treadwell, who impressed off the bench in the back-to-back games against the French giants, has earned a start in the second row. Iain Henderson has been moved from blindside flanker to partner the youngster at lock.

Clive Ross and Roger Wilson have been selected in the back row alongside Chris Henry, who is retained in the number 7 jersey.

There is just one newcomer in the backline as Jacob Stockdale, who made his European debut against Clermont at the weekend, is installed on the left wing.

Louis Ludik is moved to the right wing berth and Charles Piutau will continue at fullback.Stuart McCloskey, who will win his 50th Ulster cap on Friday evening, will again be joined in midfield by fellow international Luke Marshall.

Ruan Pienaar and Paddy Jackson start together in the half-back positions for the third consecutive match.

Andrew Trimble was unable to train fully this week and therefore was not available for selection. 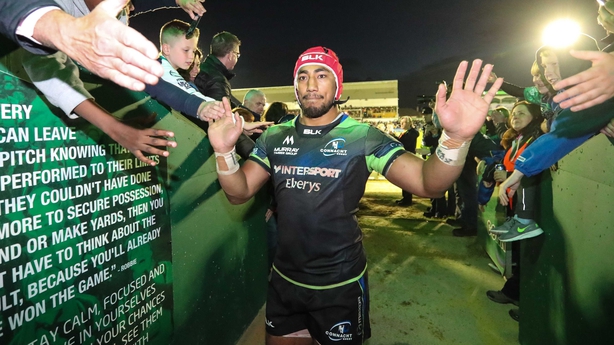 Connacht head coach Pat Lam has made four changes to his side to face Ulster in the Pro12 tomorrow (kick-off 7.35pm) after revealing Bundee Aki will miss up to eight weeks due to ankle surgery.

The New Zealand-born centre will undergo surgery this week for an ongoing problem and will return in mid-February.

In the absence of recognised midfielders, last week’s try scorer Danie Poolman will start at inside-centre for the first time alongside Rory Parata.

With Conor Carey added to the long list of injured props, the versatile Tom McCartney has now been named on the bench to cover loosehead prop.

Dave Heffernan with start the game in the number 2 shirt while Shane Delahunt is named on the bench as replacement hooker.

James Cannon comes in to the side to partner Quinn Roux in the second row while Galway man Sean O’Brien is promoted from the bench to join the back row with Nepia Fox-Matamua and captain John Muldoon.

There remains a 6-2 split on the bench with just nine backs available to Lam and his coaching team. 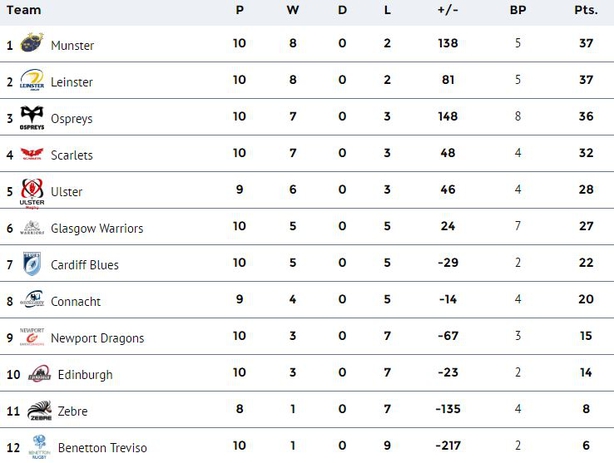