Pat Lam dubbed the dramatic 20-18 victory over Wasps in the European Champions Cup "one of the highlights of my time in Connacht."

Lam, who last week announced his shock move to Bristol next season, watched his side score a levelling last-minute maul try through Fijian flanker Naulia Dawai before Jack Carty added the decisive conversion from wide out on the right.

The game had been turning in Wasps' favour in the second half with two Jimmy Gopperth penalties and winger Josh Barrett's 72nd-minute try seeing them erase a 13-7 deficit.

The result means Wasps, Toulouse and Connacht are now all level on 13 points each at the top of Pool Two.

Against the backdrop of last Sunday's disappointing 32-17 defeat in Coventry and a lengthy injury list, Lam said: "No one outside knows the week we had.

"I challenged the boys on Monday - a great chance to practice mental fitness and preparation without being on the rugby field. It's been an unbelievable week of challenges, with a lot of working with videos and only one training session." 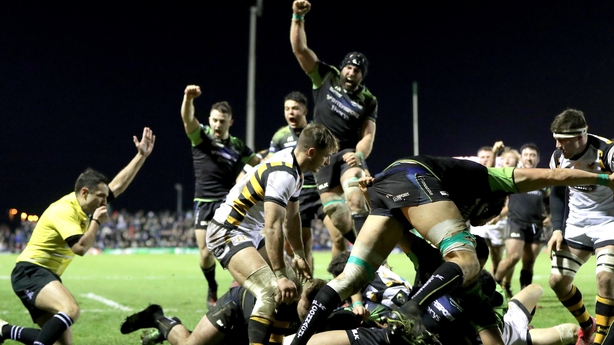 The 8,090 sell-out crowd more than played its part according to Lam, who admitted: "We knew what was coming.

"We are going to make mistakes because Wasps are a quality team, but it (the crowd) is without doubt a 16th man for us. It's just tremendous when it's full like that."

"Jack has taken flak, but this week he did extra sessions"

The Connacht head coach also paid special mention to Carty, the only fly-half and kicker still available in the squad due to the injuries.

Although he missed an early penalty, Carty went on to kick two penalties and two conversions and Lam said: "Jack has taken flak, but this week he did extra sessions.

"He knew the team was going to need him because he was the last goal-kicker, and we are all emotional about it.

"That is an example of what Connacht people are all about - they get knocked back but they dust themselves down and get going again, so this win is a tremendous win.

"The main thing is we are still alive and it is in our control. We have always done well against Zebre because we have always respected them, but we know we will have to get five points from that game and really crank it up. It's a great pool."

Meanwhile, Wasps director of rugby Dai Young lamented the concession of the last-gasp seven-pointer when his team led 18-13.

He said: "We were just one ruck away from winning that game. I am really disappointed for the players. It's a difficult place to come and get a result against a very good team, but I have no complaints," he said.

"You've got to give Connacht credit for playing till the end when it looked lost to them, but I am really proud of the players and disappointed because I could not have asked for more."

However, Young thought his charges lacked accuracy in the opening half, leaking a late try to Poolman from Carty's cross-field kick.

He added: "The second half was far more controlled and we got our noses in front, and when you do that with the type of teams in this competition, it is hard to turn around and we were just one ruck from getting a really difficult win."

He explained: "It's a massive game for us. If we beat them, it makes the two games in our favour, and you'd like to think it would be enough - but with Toulouse in the mix, they have plenty to play for too." 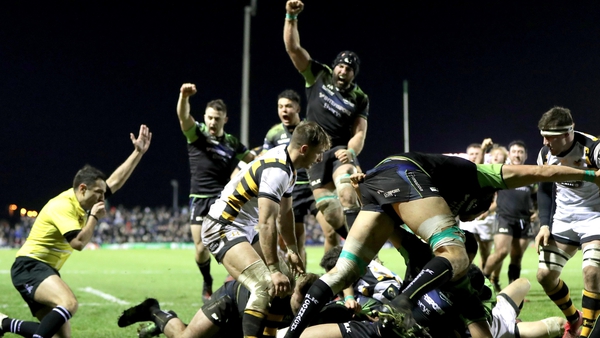