Ulster and Clermont Auvergne served up an early Christmas cracker at Kingspan Stadium as Les Kiss' side earned a 39-32 victory in the Pool 5 encounter.

Returning Ireland duo Rory Best and Paddy Jackson inspired Ulster to edge a nine-try clash at Kingspan Stadium against the Top 14 leaders with Jackson ending up scoring 19 of his side's points haul.

Ulster move into second overnight while Clermont's two bonus points keep them top of the group ahead of Sunday week's return fixture in France.

Ulster led 22-18 after a dramatic first half - during which the lead changed hands several times - and then stretched that lead to 39-18, just before the hour.

But the French came roaring back into the game and scored 14 unanswered points to come away with a try bonus and losing bonus point. 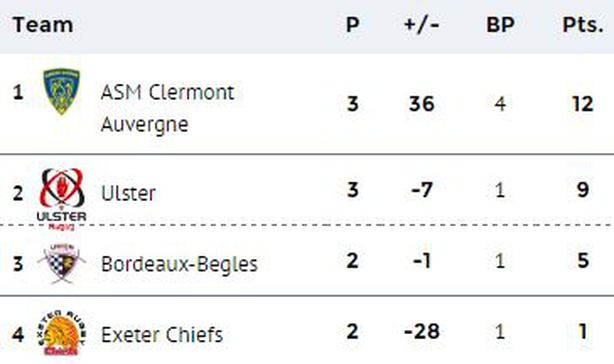 Luke Marshall scored twice for Ulster who finished the game with 14-men after Rodney Ah You was yellow-carded late on and the Ireland centre bagged the try bonus for Les Kiss' men who ended the day with five tries.

Clermont skipper Damien Chouly ensured the try bonus for the French with his 73rd-minute touchdown while Morgan Parra's conversion - he scored 12 points from the boot - took the visitors into losing bonus point range.

Clermont got off to the perfect start after regaining the kick-off when Camille Lopez nearly put David Strettle through before Peceli Yato smashed over at the posts. Parra added the simple conversion of the first-minute score.

But the home side struck back five minutes later on their first visit to Clermont's 22. From a lineout, after the home side had won a scrum penalty, Sean Reidy drove into the heart of Clermont's defence and Jackson drew two tacklers before putting Marshall in space and the centre ran on to score.

Jackson added the extras to tie the scores but four minutes later, a Parra penalty put the visitors back in front.

Ulster attacked from deep and even though Charles Piutau managed to squander a two on one, the French failed to clear their lines.

When the home side attacked again, and with a penalty coming their way, Ruan Pienaar's cross-kick was plucked out of the air by Tommy Bowe and the supporting Iain Henderson got the 15th-minute score though Jackson missed the conversion.

He was back on target six minutes later with a penalty and Ulster now led 15-10.

This was cut to two points with Parra's second penalty after 26 minutes. The visitors then had the lead four minutes later when Scott Spedding was put over in the corner after quick hands from Remi Lamerat in the wake of Ulster losing a lineout and then coughing up possession at a scrum as well.

Parra missed the extras but Ulster then came storming back again and this time it was Jackson who kicked on his own chip through to dot down beside the posts with four minutes of the half remaining. Jackson converted to give Ulster a 22-18 half-time lead.

Ulster hit the ground running on the restart and had their bonus point try in the bag after just five minutes when Marshall got his second following a turnover won by Chris Henry which led to an attacking scrum in Clermont's 22. Jackson's conversion stretched the lead to 29-18.

But the momentum had now shifted to Ulster and Piutau grabbed the home side's fifth try after a penalty was put into the corner. Jackson added a superb conversion and then slotted a 57th-minute penalty to put his side 39-18 in front. 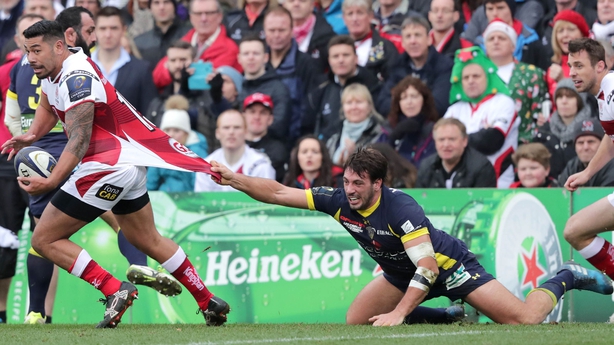 Replacement winger Alivereti Raka was held up over the line but the French still struck back shortly afterwards when Nick Abendanon scored under the posts allowing Parra's conversion to reduce Ulster's lead to 39-25.

This gave Clermont a chance to chase a possible two losing bonus points and they got their try bonus on 73 minutes when Chouly smashed over under the Ulster posts with Parra converting to cut the lead to 39-32 and secure a second bonus point.

Ulster looked to be on the ropes now and then lost replacement prop Ah You to the bin. But the home side held firm. 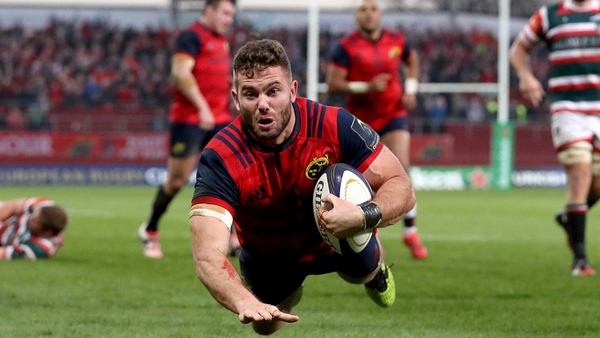