Stephen Moore has urged his Australia team to send David Pocock into his sabbatical with a victory over England to cherish.

The Wallabies' outstanding back row will make his final international appearance until June 2018 after choosing to take a six-month break sandwiched between two stints at Japanese club Panasonic Wild Knights.

"He's been a big contributor to the team this year and has made the decision to take some time off, so we want to make it a good finish for him."

A series whitewash by England in June has provided Australia with ample inspiration to end the year with a win that would also see them supplant the Grand Slam champions in second place in the global rankings.

"That means different things to different players, but if a player can take motivation from that, then that's good."

Australia's last visit to Twickenham came in the 2015 World Cup when their 33-13 victory knocked England out of the tournament they were hosting.

"I'm not sure we gave them a hiding then because that was genuinely a tough game. It was a good night, but we've had some tough games with them since," head coach Michael Cheika said.

"Twickenham is a great place to play rugby with a passionate crowd and when you see the little pockets of gold shirts, you gravitate towards them because you need all the help you can get when you're in the lion's den." 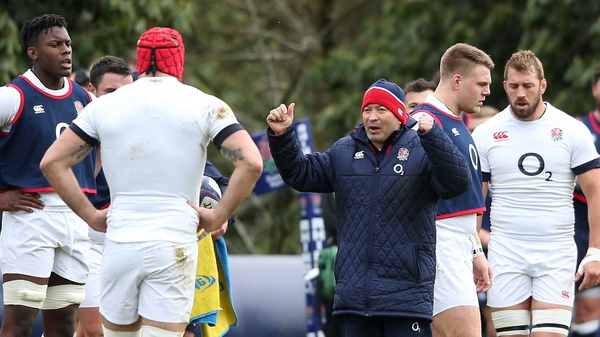 Jones has a chip on his shoulder, claims Cheika