The November Series has paved the way for Ireland to make a real impact at the 2019 World Cup, according to Bernard Jackman.

Joe Schmidt’s men failed to get past the quarter-final in last year’s tournament, bowing out to Argentina when missing a host of regular starters due to injury and suspension.

The lack of strength in depth was exposed but wins over South Africa, New Zealand and Australia in the last five months, while also without some big names, shows Ireland are building a solid foundation, according to the Grenoble boss.

“I think the level of experience guys got, playing against the All Blacks, [Joey] Carbery getting a run out off the bench, Paddy Jackson getting a chance to start against Australia [was great].

“That’s massive for us and with Joe signed up to the next World Cup it's hugely important that we increase the depth in our squad because that’s what hurt us in the last World Cup against Argentina. 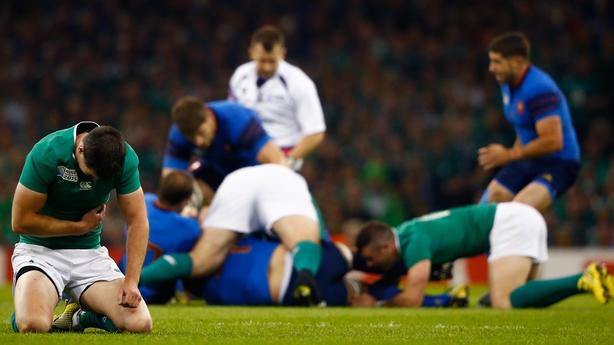 “We lost five key players and unfortunately the replacements weren’t used to playing games of that magnitude.

“That win was a huge boost because guys like Paddy Jackson and Josh van der Flier got to start Test games against a top nation like Australia.

“And being in a game that was in the boiling pot going into the last couple of minutes, getting that experience and self-belief from being able to close a game out. So [it was] a hugely positive November for Ireland.”