Australia coach Michael Cheika has recalled lock Kane Douglas and number eight Lopeti Timani among four changes adding size to the side for Saturday's final test of the autumn series against England at Twickenham.

The Wallabies lost to Ireland last weekend while England, who beat them three times in Australia in June, are hoping to close out the year unbeaten and with a record-equalling 14th successive victory.

"I thought he had a good second half when he came on (against Ireland)," Cheika said of Douglas who comes in to the second row instead of Rory Arnold for his fifth start of the season. "He's been a guy trying to get back to his best form.

"He (Timani) will give us a lot of punch and strength in attack and defence," said Cheika.

Injured #Wallabies vice-captain, Rob Horne is backing the boys to finish the #SpringTour on a positive note this weekend. #StrongerAsOne pic.twitter.com/a3DyJYlR4o

"That extra weight he's got...it's going to be a very physical game and he's fresh now after a couple of weeks off and ready to go. I think we'll need that extra grunt in there for this game."

Nathan Hughes and Marland Yarde will start for England in two forced changes to the line-up that beat Argentina last weekend.

Fiji-born forward Hughes replaces Billy Vunipola, who has been sidelined by knee surgery, for his full test debut at number eight after winning two caps this autumn as a replacement.

"It's a big test for him, first time to start for England," head coach Eddie Jones told reporters. "It's a wonderful opportunity for him. It's more about the fact that everyone in the team's got to pick up the slack.

"It's not one person that's got to fill Billy's boots," he added.

"We know he's an influential player but Nathan's a very good player in his own right. But it will be up to everyone on the field to pick up a little bit more."

Winger Yarde gets the nod over Semesa Rokoduguni for the spot vacated by Elliot Daly, who was banned for three weeks after being sent off for a dangerous tackle in Saturday's 27-14 win over Argentina.

Rokoduguni scored two tries on his return to test rugby in a man-of-the-match performance against Fiji but was dropped from the squad to face the Pumas after being told he had to improve aspects of his game. 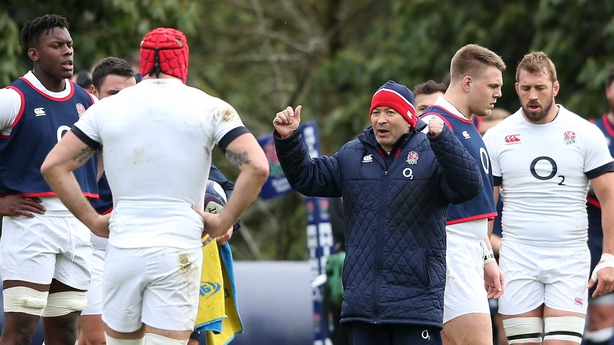 England are seeking a fourth successive win over the Wallabies -- after a 3-0 whitewash in June -- to close out the year unbeaten and with a record-equalling 14th successive test victory.

"The great thing about our team is that no-one is irreplaceable," said Jones. "We've had seven influential players missing throughout the autumn but we've been able to fill that gap and that's the sort of team we are developing.

"We want to finish off with our best performance of the year," he added. "It's a great opportunity for us to take another step forward."