Ronan O’Gara believes the current Ireland team has the most important ingredient in team sport after grinding out a win over Australia to complete their successful November series.

The 27-24 victory capped not only a memorable November after defeating the All Blacks in Chicago, but capped a landmark 2016 after a first-ever win on South African soil.

Watch the RTÉ panel of O’Gara, Shane Horgan and Brent Pope discuss the latest win and the development of Joe Schmidt’s side. 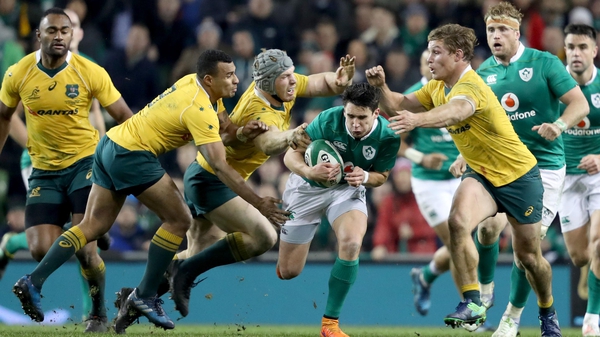 Aussie ace admits Ireland were the better side Rugby