Seán O’Brien has failed a late fitness test and will feature in the Ireland team to face Australia, but Jared Payne will start as selected against the Wallabies.

Both players sat out Friday's captain's run training session with lower-limb tweaks, but the Leinster flanker has not recovered in time from the bruising encounter with the All Blacks and has been replaced by Josh van der Flier.

Munster captain Peter O’Mahony has been called up to the replacements bench.

Rory Scannell had been on stand-by for Payne, but the Ulster back has been deemed fit for the Autumn Series finale.

O'Brien has endured a prolonged spell on the sidelines this year and missed Ireland's historic win over New Zealand in Chicago, but returned to the side that defeated Canada and retained his place for last weekend's reversal against the All Blacks.

O'Mahony, however, has only featured in the facile win over Canada.

Ireland must already face an experienced Wallabies line-up without the regular inside-backs combination of Johnny Sexton and Robbie Henshaw.

Powerful centre Henshaw suffered a concussion in the Dublin loss to the All Blacks, leaving Garry Ringrose slotting in for his first-ever senior level start at number 12. 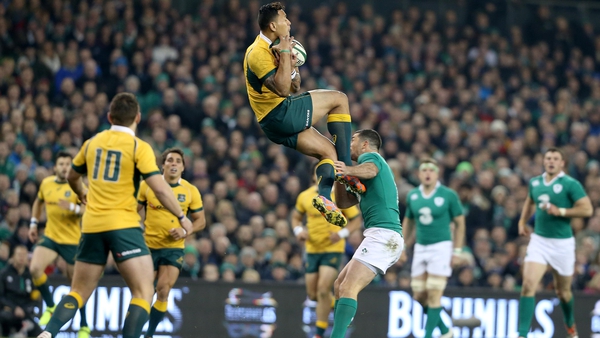