As Ireland stand on the verge of claiming their third major southern hemisphere scalp in five months, Tony Ward is excited by the potential of Joe Schmidt’s squad.

South Africa and New Zealand have already fallen in historic wins for Ireland and another victory at Lansdowne Road tomorrow (5.30pm, live on RTÉ Radio 1 and RTÉ2) against Australia would leave Ireland in a very good place, according to the former Munster out-half.

If that is to happen, it must be achieved without star players Johnny Sexton and Robbie Henshaw, both injured in defeat to the All Blacks last week.

However, Ward sees positives in the turn of events and reckons Schmidt is building up a panel with real depth.

Sean Cronin, Cian Healy, Finlay Bealham, Ultan Dillane, Josh van der Flier, Kieran Marmion, Joey Carbery and Simon Zebo are all in reserve for the game against the Wallabies, who are looking for four wins out of four on their tour.

Ward told RTÉ Sport: “They are huge losses, particularly when you lose your 10 and 12, but for me the glass is very much half-full because it’s an opportunity to blood other players...[starters] Garry Ringrose, Tadhg Furlong, Iain Henderson.

“If you look from Sean Cronin right through to Simon Zebo – there’s real impact on that bench. 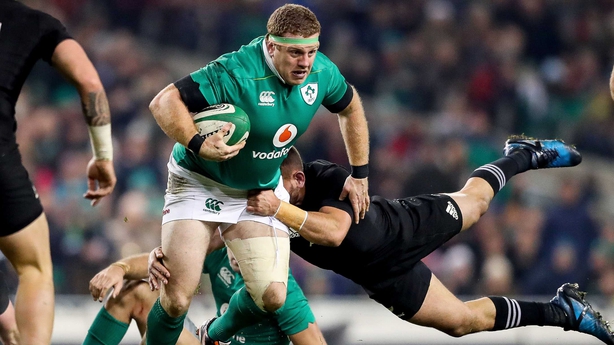 “The one possible [area] that we’ve got to develop is scrum-half; Kieran Marmion needs more experience but in every other position, there’s guys coming on that could actually improve the team mid-match.”

Ireland have moved up to fourth in the world rankings this November and Ward was keen to emphasise the importance of another win.

“It has been a fantastic November Series,” he added.

“As Joe said, had he been offered two wins out of three going into the final game, he would have grabbed it.

“It has been extraordinary. To do what we did in beating New Zealand, obviously, that set the tone. There was a very promising performance against Canada by a fairly youthful side.

“This is a huge game. If we can take this it means we have beaten all three southern hemisphere sides in a calendar year – that is phenomenal by Irish standards.

“We’re talking about the World Cup draw next May.

“At the moment we’re in fourth position, that would give us a top seeding and that is massive going forward to Japan 2019, so there’s an awful lot at stake.”