Former Ireland international Shane Byrne believes that referee Jaco Peyper should not be allowed take charge of England versus Australia next weekend after his poor performance at the Aviva Stadium.

The match official, and Television Match Official (TMO) Jon Mason came in for sharp criticism of their handling of the All Blacks 21-9 win over Ireland last weekend.

Peyper issued two yellow cards as Steve Hansen’s side conceded 14 penalties in an ill-disciplined performance that was still enough to avenge their defeat in Chicago.

Malakai Fekitoa was subsequently handed a one-week suspension for his high tackle on Ireland's Simon Zebo which resulted in a yellow card, while Sam Cane has escaped punishment for his tackle on Robbie Henshaw.

“The one thing that rugby players need is protection by the officials,” he said.

“We need them to be controlling the game because the rules are set that the we can play it [the game] at ultra physicality, but that it is within a set of rules that keep the players safe.

“We need to know that these referees that when they don’t do it, they are taken to account.”

Peyper will take charge of Australia’s final Test of their northern hemisphere tour when they travel to Twickenham next weekend.

The 41-cap international says the right course of action would be the remove him from the fixture in light of his recent performance, which follows on from a contentious performance in Paris last year when he took charge of Ireland’s Six Nations clash with France.

“He’s reffing England v Australia and he shouldn’t be reffing that game because there has to be a repercussion.

“Players have to know that there is a consequence...if the referee or TMO has a bad game he won’t get another big game. He drops down a few rungs and must work his way up.

“In Paris last season, there was a myriad of things he was missing.

“He didn’t ref the offside line at all and that’s not right.” 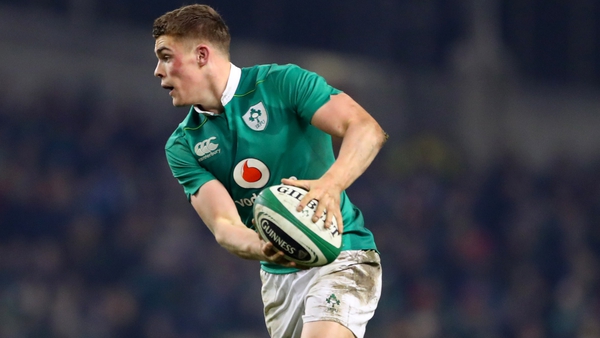