Conor O'Shea's Italy claimed their first-ever victory over South Africa with a nail-biting 20-18 success in Florence.

South Africa had won the previous 12 games between the two countries and were ahead inside five minutes as the returning Bryan Habana finished Willie le Roux's clean break.

But Italy were soon ahead when Andries van Schalkwyk crashed over from a rolling maul and Carlo Canna converted.

Damian De Allende's converted try regained the lead for South Africa, who were 12-10 ahead at the break following an Edoardo Padovani penalty.

Italy were reduced to 14 men at the start of the second half by Marco Fuser's yellow card and a Patrick Lambie penalty gave the Springboks a five-point lead.

But Giovanbattista Venditti's converted try put Italy 17-15 ahead, and the Azzurri held on for a famous victory after Elton Jantjies and Canna exchanged penalties in the final quarter. 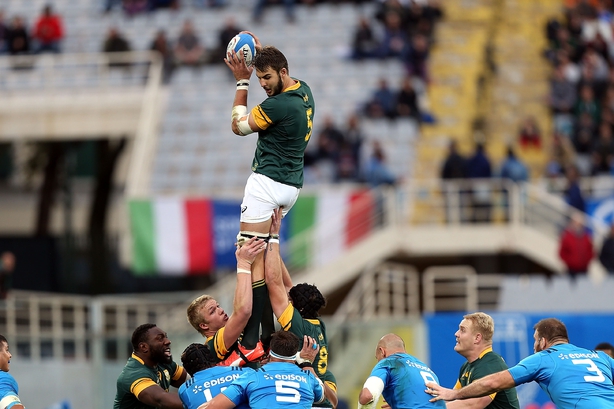 O'Shea played down expectations after the win.

"I'm very happy for the players and the fans," he told reporters.

“For us, it's just the start but it's a very good one and we have a lot to do to change rugby in Italy.

"Today we rode the rollercoaster and we survived by sheer heart and courage.

“They weren't just brave, they were heroic."

Meanwhile, the South African camp apologised to their nation. 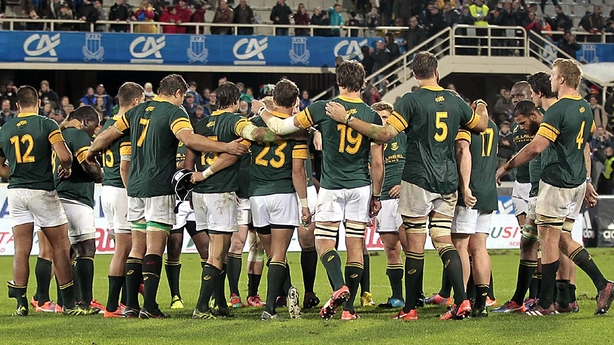 Allister Coetzee described the 20-18 reverse as the darkest moment of his coaching career while captain Adriaan Strauss said South African rugby was in a "dark place".

Italy's victory represented the Springboks' second successive defeat in the autumn internationals after their 37-21 hammering by England last weekend.

It was also the world's fourth-ranked team's seventh defeat in 11 internationals this year and their first by Italy in 13 meetings.

In a statement described as an apology to the South African nation, Strauss said: "We are not going to offer any excuses. What happened today was not worthy of what we stand for as a team and as a rugby-playing country.

"We are in a dark place at the moment and we must get ourselves out of it."

Coetzee said: "No disrespect but it's not good enough for the Springboks to lose to Italy. I can only congratulate them on an outstanding victory.

"Compared to us they played without any pressure on them while we looked like a team that lacked self-belief and had a fear of failure.

"I would say it's the darkest moment of my coaching career."