Joe Schmidt made the right call in retaining Sean O'Brien for Saturday's clash with New Zealand despite Josh van der Flier's superb display in Ireland's win over the All Blacks in Chicago, according to Bernard Jackman.

With Jordi Murphy absent due to injury, the Leinster back-row is the only change to the Ireland side that started that momentous 40-29 triumph two weeks ago.

Van der Flier replaced Murphy at Soldier Field, and racked up a team-high 14 tackles as Ireland repelled the world champions, but Jackman nonetheless welcomed the restoration of O'Brien, whose return from injury continued with a fine outing against Canada last weekend.

"Sean had to start," the former Ireland hooker said. "He's one of the few guys the All Blacks spoke about before the tour.

"You want him starting and to go full on. This game is going to be unbelievably physical in the first 20 minutes, because the All Blacks are going to try and show their attitude has changed and the easiest way to do that is through work-rate and physicality. 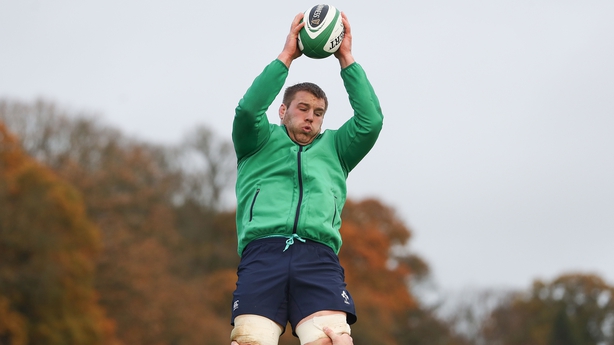 "Ireland need their best ball-carriers and most physical players on the field.

"Van der Flier showed that he's a guy who can get off the bench and make an impact straight away, particularly defensively. Ireland are going to need that, because Joe knows that the All Blacks win their games, 90-95 per cent of the time, in the last 20.

"So it's better that Sean starts, he's Ireland's best seven, and then Van der Flier coming off the bench is going to give Joe that energy."

"(O'Brien is) one of the few guys the All Blacks spoke about before the tour."

Ireland's execution of Schmidt's gameplan in Chicago has been universally lauded, and with a wounded New Zealand side almost certain to perform better in Dublin this weekend, Jackman admitted he was unsure if Ireland would be able to hit even higher levels in the rematch.

"It was a very good performance. I don't know how much more improvement is left," the Grenoble head coach said.

"They are obviously going to look for that. There were things they probably didn't do as well as they wanted but in general the gameplan outmatched the All Blacks' gameplan.

"The sole focus they have this week is getting revenge, so their attitude and concentration levels will be better, their energy and physicality will be better.

"I said before Chicago that if there is a gameplan to beat the All Blacks it's what Ireland do, and Ireland do it pretty much week-in, week-out during the Test blocks.

"I heard some French journalists asking if they could copy the Irish gameplan to beat the All Blacks, but no, you have to perfect it and know it inside out. Ireland have been building under Schmidt for multiple seasons and the players know their jobs inside out."

New Zealand have made several changes to the side which saw their world record 18-match winning streak ended by Ireland, most notably the return of their fearsome second-row pairing of Brodie Retallick and Sam Whitelock. 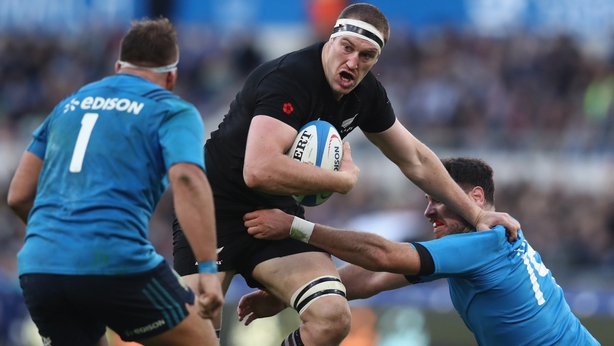 And Jackman believes that while those reinforcements will strengthen New Zealand, he expects Ireland to continue to target Julian Savea's vulnerability under the high ball.

"It's going to be fascinating to see how both teams react (to Chicago) and can the All Blacks improve their weaknesses within two weeks," Jackman said.

"If you look at their selection, they played with an inexperienced second row combination. So much of their attack is built around Brodie Retallick, and him being back is going to be massive to their attacking game.

"The big area is going to be can they improve their skill under the high ball. Israel Dagg and Ben Smith are good in the air, but Savea has been up and down in terms of his form and he made errors against Ireland because he was under pressure. You'd imagine Ireland will target him again.

"This will be the litmus test for us, if we can beat them again it's a massive statement."