The location of the Thurles stadium made it an ideal venue for many, while its 53,000 capacity makes it the third largest ground on the island.

However, Spring, who serves as the bid's oversight board chairman, revealed a fatal flaw in the stadium's otherwise strong candidacy.

“An expert team came in from World Rugby and they made their assessment and they felt that transport problems, in particular in relation to Thurles, was a prohibitor to Thurles being in the final list,” Spring told listeners of Today with Sean O’Rourke on RTÉ Radio 1.

“Ultimately, it will be World Rugby that will pick all the venues.

“We’re offering the venues that we feel are the best venues to work – and Thurles was up there – but they make the decisions.

“Even after the bid is awarded, they will still be making decisions in relation to the best locations to get the best tournament.” 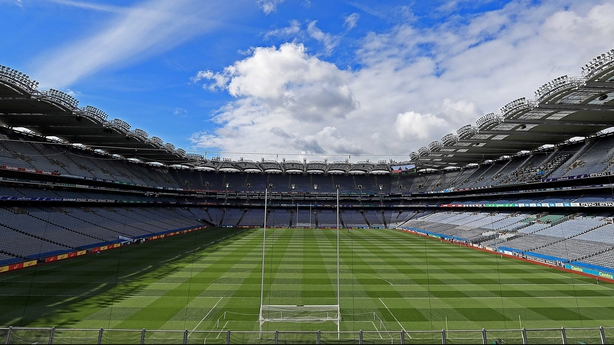 Croke Park is the jewel in Ireland’s shortlist of grounds, a fact not lost on Spring, who said: “We’re very fortunate that Croke Park is available to us – capacity of 83,000, the third largest stadium in Europe.

“Without that stadium we could not have put this bid together.

“I think that’s a leading point for us.

“We have other stadia around the country.

There are two stadia about to be built – Páirc Uí Chaoimh in Cork, which is under way, and there’s the prospect of Casement Park getting planning permission in the next few months.”

Eight of the shortlisted grounds belong to the GAA and Spring paid tribute to the progressive attitudes adopted by the organisation in recent years.

A talented sportsman, the Kerry native revealed that he had togged out in GAA matches under a false name due to the organisation's Rule 27, which prohibited GAA members from playing or attending 'foreign sports'.

“I probably had to play under the nom de plume of A N Other myself back in the 60s and 70s,” he said.

“But I think time is a great healer.

“I think the unity between sporting organisations in Ireland at the present time wouldn’t have happened 20 or 30 years ago.”

Thurles RFC president Tadhg Dwyer launched an impassioned defence of his town later in the day on Drivetime, while conceding that the local area may have a shortage of suitable accommodation for a mass influx of fans.

“There’s no sense to be made of it because the excuse that was given on today’s programme from Dick Spring was to say that traffic management was an issue,” Dwyer told listeners.

“The traffic management is probably one of the things that Thurles is quite good at on the day of a match.

“On a normal day we’d have 15 trains from Cork, 16 trains to Limerick.

“We have motorway covering all the way.

“It’s very disappointing that transport would be used as an excuse when we have probably the best sporting facility in the country.”

However, Dwyer insisted the issue had been overemphasised.

“Accommodation may be a slight issue,” he admitted.

“We’ve got towns like Portlaoise, Tullamore, Roscrea, Clonmel, Carlow - all within an hour of Thurles.

“While Thurles itself may not have a whole pile of accommodation rooms, we’ve been travelling to matches all over Europe, following Munster and following Ireland, and it’s part and parcel of a rugby match, you get on the train in the morning and you go the venue.

Turning the focus to the strengths of both Thurles and Semple Stadium, Dwyer said: “We have the facilities, we have the infrastructure.

“The pitch is there, the lights are there.

“We’ve probably the best strength and conditioning facility. LIT have built it within 200 metres of it.

“We’ve an indoor training facility right on the campus of Semple Stadium.

“The town is always behind it.

“We’ve all-weather pitches within half a mile of the stadium.