New Zealand were punished for showing "a lack of respect" to Ireland when they lost in Chicago and could be in for another shock in Saturday's rematch at Dublin's Aviva Stadium (live on RTÉ2, kick-off 5.30pm), according to Luke Fitzgerald.

Joe Schmidt's side delivered one of rugby's biggest shocks of the year by winning 40-29 11 days ago to end the All Blacks' 18-game winning run and become the first team since South Africa in 2004 to score 40 points against them.

Fitzgerald, who retired from rugby earlier this year with 34 caps for Ireland and one for the British and Irish Lions, said Steve Hansen's world champions would be a tougher proposition on Saturday as Ireland bid to become the first side to post back-to-back victories against them since South Africa in 2009.

"Do I think we can beat New Zealand again? I absolutely do," Fitzgerald told Independent.ie. "It's a really uphill task, they'll be really hurting after that (defeat in Chicago).

"I think they showed a little bit of arrogance there and lack of respect with some of their selections.

"I think they'll be really, really pumped up for this one. I'd say they'll do a little bit more research behind the scenes on us.

“I'd say they were a little bit under-cooked in that department and, from my own perspective, some of the selection mistakes that they made they won't make them again." 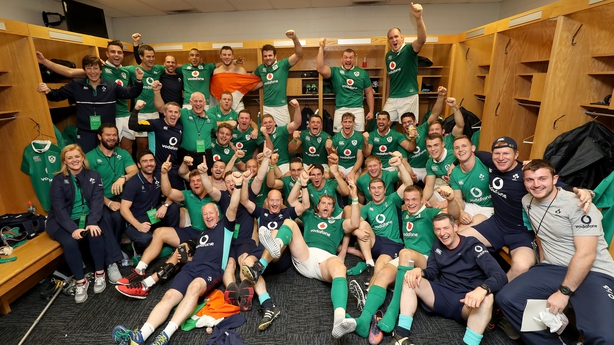 New Zealand bounced back from the loss by making 12 changes to score 10 tries in a 68-10 win over Italy last Saturday, when Ireland also played free-flowing rugby to beat Canada 52-21.

The All Blacks are hoping influential second row Sam Whitelock is fit to return after injury, allowing them to move Jerome Kaino back to flanker.

Ireland ruthlessly exploited that scrum weakness in Chicago and Fitzgerald expects a similar gameplan on Saturday.

Ireland's standout player in Chicago, scrum half Connor Murray, has recovered from a muscle injury and is fit to play.