Casement Park has been included as one of the 12 venues for Ireland's Rugby World Cup 2023 bid, with IRFU chairman Philip Browne telling RTÉ that the Irish proposal is a truly unique one.

The IRFU has revealed more details regarding its bid, outlining potential venues and anticipated tourism and financial benefits as it battles with South Africa and France for the chance to stage the World Cup in seven years' time.

The IRFU says that the co-operation of the GAA has been a key factor in the proposal, with the association making no fewer than eight stadia available.

Croke Park, Nowlan Park, Páirc Uí Chaoimh, Fitzgerald Stadium, Pearse Stadium, McHale Park, Casement Park and Celtic Park are among the 12 potential venues currently on Ireland's list, but this will be reduced to eight or 10 for the tournament staging.

Thomond Park, the RDS, Kingspan Stadium and the Aviva Stadium are the other four stadia included on the bid.

The refurbishment of Casement Park into has been held up by planning issues, but the £72m re-development is expected to see its first game at the new venue in 2020.

Today marked the formal entry into the 'candidate' phase of selection where it is projected that the tournament would be worth more than €800m to the Irish economy, with more than 445,000 visitors expected to flock to the country.

Browne told RTÉ Radio One that Irish bid is "very credible" that will appeal to visitors near and far.

“We have a tremendous amount going for us,” he said.

"We have a great mix of stadia.

We have the third-largest stadium in Europe in Croke Park, the Aviva Stadium, the new Casement Park, the re-developed Pairc Ui Chaoimh and we have that unique Irish spirit and joie de vivre which is going to make the whole experience for visiting fans, we believe, quite unique and different to any previous World Cup.

"We are also hoping to leverage the Irish diaspora, the 80 million that are so proud of their Irish heritage."

Dick Spring, chairman of the Irish bid, echoed the sentiments of Browne.

"This is a wonderful opportunity for Ireland to host one of the world's biggest sporting events and we intend to ensure Ireland's proposition will be world class and compelling," he said.

"We believe Ireland is ready to stage a Rugby World Cup like no other. A tournament that will capture the imagination of the world. 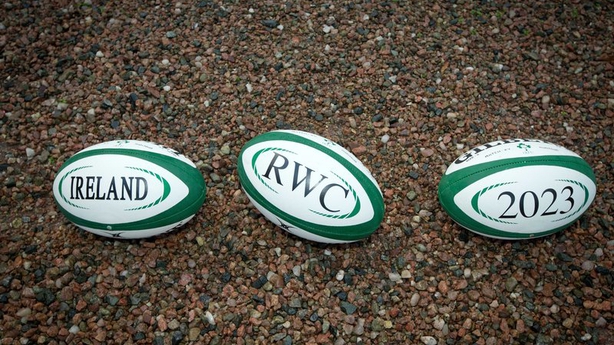 "A festival of rugby that will be full of Irish people's unique spirit and an event that will help rugby to reach new audiences throughout the world."

"We want to bring the world to Ireland"

The Taoiseach emphasised Ireland's unrivalled international reputation and insisted the country is ready for such a huge sporting undertaking.

"For many years our sporting ambassadors have travelled the world bringing colour, passion and friendship to sporting events everywhere.

"Now we want to bring the world to Ireland."

World Rugby will decide on the successful candidate in November 2017. 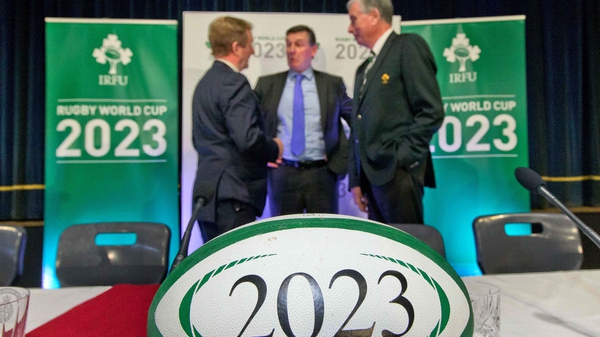