Mark Pollock encouraged Ireland's rugby team to “turn the impossible possible” in a stirring speech prior to the historic win over New Zealand in Chicago.

Joe Schmidt’s side ended a 111-year wait to get their first win over their formidable opponents and the motivational speaker, the first blind man to race to the South Pole, spoke to the squad before the memorable win at Soldier Field.

Pollock has been blind since his early 20s, but overcame his disability to win bronze and silver medals for Northern Ireland in the 2002 Commonwealth Rowing Championships and in 2009 travelled 770 kilometres to reach the South Pole.

Six years ago, Pollock was left wheelchair-bound after a fall from a second-storey building, but has continued fight adversity and seeks a cure for paralysis.

With such a daunting challenge facing Ireland, Pollock was ideally placed to tell his audience what can be achieved when the mind is fully focused.

“History is filled with the accounts of the impossible, made possible through human endeavour,” he told RTÉ as part of Science Week..

“The type of human endeavour that took people to the South Pole 100 years ago.

“I told them about what we were doing to try and turn the impossible possible.”

Facing the world champions on a sensational run of form and defending an unblemished record against the men in green, Pollock admits that it was a speech ideally suited for the opposition.

"I said if they were in the business of writing a new account of history, I suggested they started to think like explorers"

“Where I perhaps could make the connection was I said if they were in the business of writing a new account of history, where the impossible is made possible by their human endeavour, I suggested they started to think like explorers.

“Of course I am under no illusion that they will have remembered precisely none of my words and in fact there are many decades of training, their fantastic coaching team , and desire to win is what will have won the competition.”

Science Week on RTÉ, in association with Science Foundation Ireland, runs from November 13-20 with a diverse range of science-themed programming across television, radio, online and mobile.

RTÉ Player will mark Science Week on RTÉ with a series of eight, specially-commissioned features from the RTÉ Weather team that look at the science behind key elements of Ireland’s meteorological make-up. 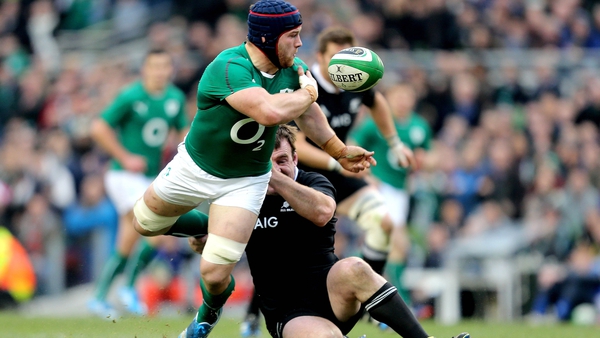