Ireland's second-string saw off Canada 52-21 in a performance that head coach Joe Schmidt admitted was a mixture of "good and bad".

Ireland racked up eight tries at Dublin's Aviva Stadium - but laboured for nine first-half minutes with the scores locked at 14-14.

Tiernan O'Halloran claimed a brace, with Keith Earls, Luke Marshall, Ultan Dillane, Kieran Marmion and James Tracy all crossing, and a penalty try completing a comfortable but sloppy victory with New Zealand on the horizon.

Ireland changed their entire line-up from the XV that gained the historic maiden victory over the All Blacks last weekend, the 40-29 win in Chicago.

But a piecemeal performance denied fit-again senior men Peter O'Mahony and Sean O'Brien the chance to state a serious case for selection when New Zealand pitch up in Dublin next weekend.

Munster's O'Mahony and Leinster's O'Brien will now in all likelihood face off for a seat on the bench for Saturday's All Blacks showdown.

Ireland at least handed out the maximum available eight debuts, though highly-rated Leinster centre Garry Ringrose was unable to impose his wide talents on a scrappy encounter.

Canada dragged the scores level at 14-14 for nine minutes of an underwhelming first-half from Ireland.

The hosts ripped into the world's 18th-ranked team from the off, setting an unsustainable pace.

Earls cantered in under zero resistance for the opening try thanks to Marmion's blindside snipe after a driven maul. 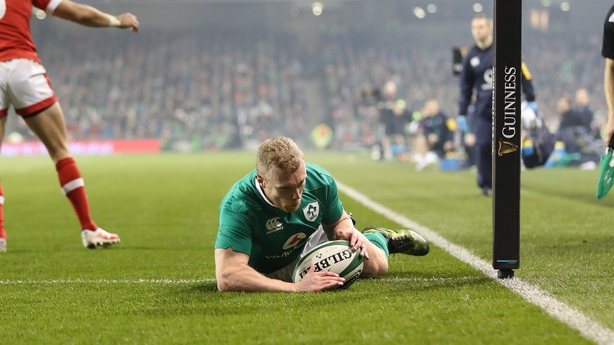 O'Brien then knocked on with the line at his mercy after a fine wide number eight break from Jack O'Donoghue.

Ringrose then had a try harshly chalked off for a forward pass, but Marshall spun home shortly afterwards to double Ireland's early advantage.

Earls' in-out double step proved the moment of the half, the Munster flyer off his wing to fine effect to bamboozle the defence and send Jackson into space. His flat, wide pass then allowed Marshall to claim his second Test score.

Ireland's comfortable 14-0 lead then evaporated amid sloppy and at times hair-brained play.

Left wing Paris then capped a driven maul with Canada's second score, the visitors vindicated for punting a kickable penalty to the corner.

Gordon McRorie's fine touchline conversion put Canada level at 14-14, and suddenly Ireland were in a dogfight. 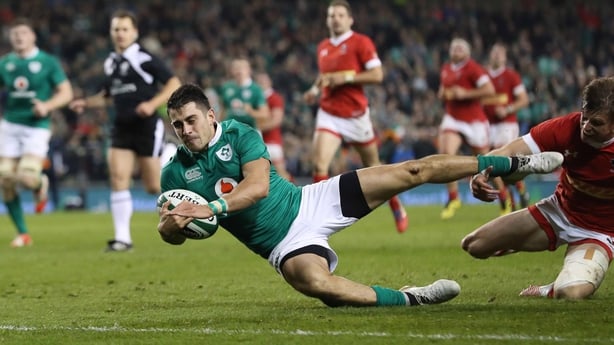 Jackson's third conversion from three attempts left Ireland 21-14 up at the break.

Boss Schmidt surely dished out a half-time rollicking, and Ireland duly upped the ante on the restart.

Cornish Pirates full-back Evans blasted through on the left, somehow rolling O'Halloran in the tackle to claim Canada's third try.

Dillane powered home Ireland's fifth score in an immediate riposte however, to restore the two-try cushion on the hour. 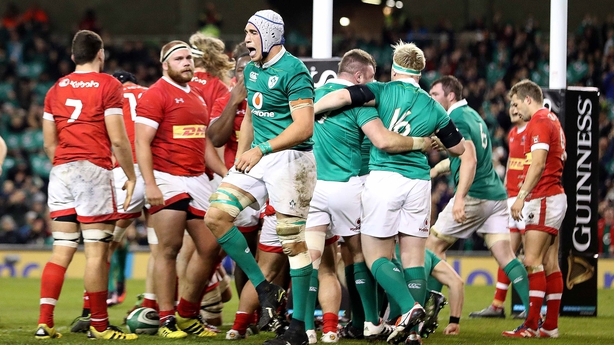 Kieran Marmion's tight-drive try then glossed the score, before O'Halloran bagged his second and debutant Tracy crossed to round off the night. 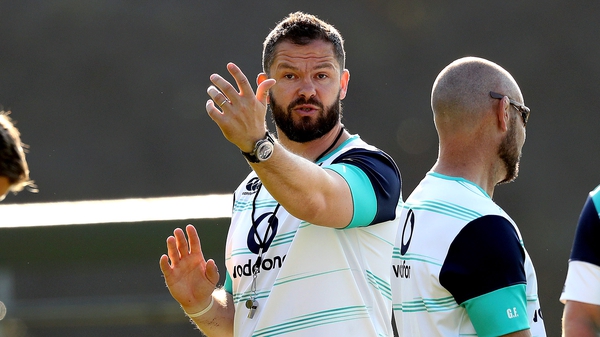 Andy Farrell thanks Joe Schmidt for his Lions 'blessing'