The 21-year-old will be among eight potential new caps amid an entirely fresh starting XV - but head coach Schmidt has moved to dampen expectation around the fleet-footed outside centre.

Leinster powerhouse Henshaw and the defensive captain Jared Payne remain Ireland's first-choice centre pairing, and can be expected to be restored for the rematch with New Zealand in Dublin on Saturday week.

"In the end Robbie and Garry (Henshaw and Ringrose) have played together four times for Leinster," said Schmidt, when quizzed over the mouthwatering potential future double act.

"So to say they're a combination, I think they're developing as such, but whether that's sufficient...there almost has to be an intuitiveness."

Ireland ended a 111-year wait for a maiden victory over the All Blacks, triumphing 40-29 amid joyous scenes at Chicago's Soldier Field.

The uncapped quintet of Hooker James Tracy, prop John Ryan, flanker Dan Leavy, scrum-half Luke McGrath and wing Niyi Adelokun are all primed to enter the fray off the bench.

Schmidt hailed Ringrose as a "natural player" capable of scything through top-level defences but is determined not to heap too much too soon on a star capable of carving out a significant Test career.

"We assess as we go on, and I think Robbie was fantastic last week, but looking back at Jared's game he made a couple of very telling contributions as well," said Schmidt of Henshaw and Payne's performances against New Zealand.

"And those two know each other really well. 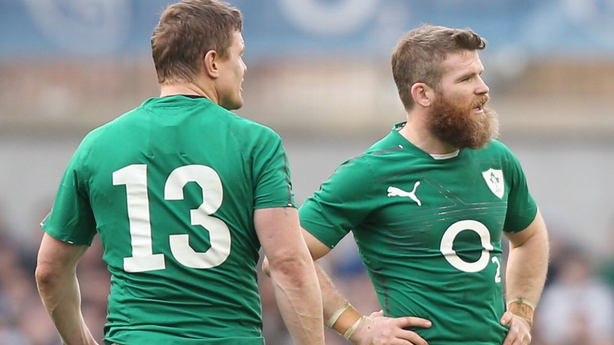 "You don't get a lot of time to communicate in those channels, I think it's one of the fantastic things when I walked into Leinster there was Gordon D'Arcy and Brian O'Driscoll, they didn't really have a lot to say to each other on the pitch.

"They just knew by the body language which way the guy was going.

"And you get such little time that if you can avoid the need for that communication I think you're better off.

"So that's something that potentially going forward is a really positive thing.

"Whether it's soon enough, I think one of the things we'll see how Luke and Garry knit together first and foremost.

"We do know that Robbie and Garry do knit together pretty well." 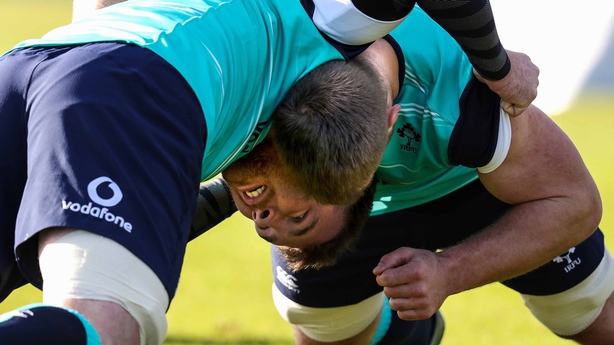 Experienced flankers Peter O'Mahony and Sean O'Brien will return after long-term injuries to face Canada, with both desperate to fight for inclusion in the 19 November clash with New Zealand in Dublin.

Schmidt confirmed Ireland felt it was too soon to include either man in the Chicago trip, with O'Mahony recovering from long-term knee ligament trouble and O'Brien serious hamstring problems.

The Ireland head coach admitted that sending both men into battle against Canada with points to prove having already toppled New Zealand could "potentially" represent the ideal scenario.