Garry Ringrose, Billy Holland and Jack O’Donoghue will make their Ireland debuts on Saturday against Canada at  Aviva Stadium.

The trio start in a completely changed line-up to the side that beat New Zealand last weekend in Chicago.

Twenty-one-year-old Ringrose, from Leinster, gets the nod in the centre, while Munster’s Holland (31) and O’Donoghue (22) come in at second row and number 8 respectively.

"He gives us confidence that he’s ready. I don’t doubt that he’s confident. It’s an exciting day for him.

"I think with Garry there’s experience either side of him, it’s a nice entry into the Test arena.

"Garry’s a really natural player, he sees things, he’s ahead of the game. While being lean, he’s strong." 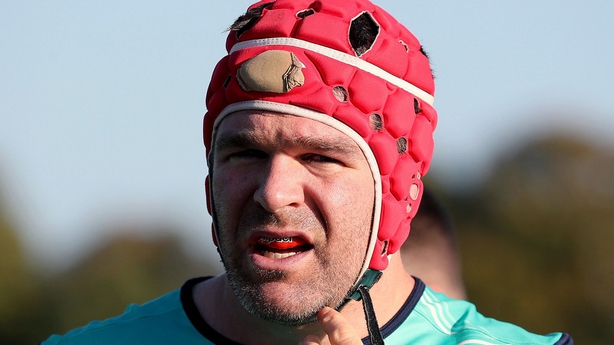 Asked about the decisions to start the Munster duo, Schmidt said: "I’ve seen Jack since he captained the Under 20s and been impressed with him as a player and a potential leader.

"We do think giving him an opportunity at 8 is probably a good place for him to be.

"He also gets to start with Sean O'Brien and Peter O'Mahony, which is an ideal mix for him to have some real experience either side of him.

"A lot of what Billy (above) has delivered is quality work-rate. He’s been accurate, he’s astute in the lineout and that allows him to be very effective.

"He impressed us with how quickly he picked everything up."

In addition, the uncapped James Tracy, John Ryan, Dan Leavy, Luke McGrath and Niyi Adeolokun are all on the bench and can expect to see some action during the 7.15pm kick-off (Live on RTÉ2 and RTÉ Radio 1).

Ulster’s Paddy Jackson returns at out-half after missing the trip to Illinois for personal reasons.

Keith Earls is back from suspension to take a place on the wing, while Connacht’s Tiernan O’Halloran gets a chance to stake a claim for the full-back shirt when Schmidt's side host New Zealand on 19 November.

Flankers O’Brien and O’Mahony, who takes the captain’s armband, return to the international stage having overcome long-term injuries.

The former Leinster coach added that Ulster lock Iain Henderson is on course to be considered for the All Blacks tie.

"Iain trained really well this week and we just felt that he's very close but it would be a little bit of a risk that if he got a knock he could well be out for two to three weeks," said Schmidt.

"This way he'll definitely be fit to train fully for a whole week."