Paddy Jackson will be available for Ireland's autumn Test match against Canada despite missing the 40-29 victory over New Zealand in Chicago.

The fly-half missed the USA trip for personal reasons after it emerged he and Ulster team-mate Stuart Olding had been arrested concerning alleged sexual offences in June.

Jackson and Olding maintain their innocence and now Jackson can fight for the chance to face Canada at Dublin's Aviva Stadium on Saturday.

Johnny Sexton has been passed fit after suffering cramp in Ireland's maiden win over New Zealand, but is unlikely to feature against Canada - especially with Jackson returning to the fold.

"Paddy's obviously dealing with other things outside of the environment, which we'll leave him to get on with, but in terms of what he's doing here, he's focused on trying to perform if selected this week," said Ireland assistant coach Simon Easterby.

"Paddy's good; what he showed in the summer tour in South Africa was what we all expected of him.

"He stood up and really led the team in South Africa under really difficult circumstances at times.

"He was assured, he was controlled and he's on good form."

Ireland will mix up selection to face Canada on Saturday, especially with New Zealand heading for a spicy return clash in Dublin on 19 November. 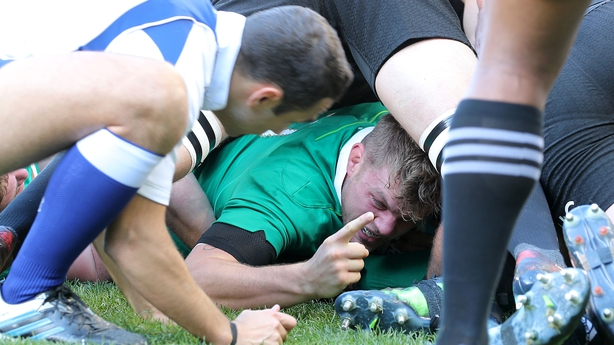 Combative flankers Sean O'Brien and Peter O'Mahony were held back from the USA trip, in order to build match fitness.

Both can be expected to feature this weekend, no doubt fired up by missing Ireland's historic win in Chicago.

Flanker Jordi Murphy was Ireland's only real casualty from the USA trip, now sidelined for at least six months with knee ligament damage.

Connacht duo Niyi Adeolokun and Tiernan O'Halloran were among six new faces joining Ireland's camp on Monday night, and both should be in the frame for selection to face Canada.

"Everyone is available to train today and assist the team who gets picked to start on Thursday as well," said Easterby. 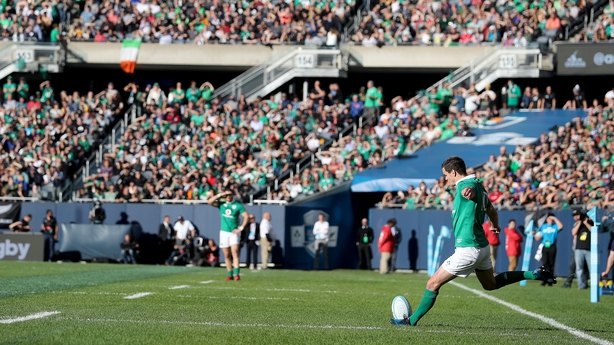 "I think with Johnny (Sexton) it was cramp and players get it from time to time, especially if they haven't had that level of game and the time he'd been on the pitch as well.

"Obviously there'll be an assumption that we'll make changes and I think the good thing from our perspective is that there was a massive marker laid down last weekend.

"When players came into camp last night, the ones that weren't involved, there was a bit of buzz and anticipation for what they might be able to bring this weekend.

"I think that's the mark of this squad is that we have to park up what we did on Saturday.

"Those players that had the opportunity - and to a man they were outstanding - but they know that that's sort of banked and they have to move on.

"Those players coming and in and who get the opportunity to start this weekend have got to draw a line in the sand and start again.

"It's great that we have an opportunity to play a game at the weekend after such a great performance last weekend."

Warwick has penned a three-year extension, which will keep him at Kingspan Stadium until 2020, while Browne has signed on until at least 2019.