Steve Hansen has defended the decision to parachute flanker Jerome Kaino in at lock for New Zealand's first-ever defeat to Ireland.

The All Blacks surrendered their record 18-match winning streak at Chicago's Soldier Field on Saturday, as Ireland prevailed 40-29 for their maiden victory over New Zealand in 111 years of trying.

Brodie Retallick and Sam Whitelock missed Saturday's clash through injury and - with Luke Romano having headed home after a family bereavement - Kaino stepped into the breach.

The peerless Retallick is jetting out to join the All Blacks and will be available for Saturday's Italy clash in Rome after beating concussion: but Hansen said he would have no qualms slotting Kaino in at lock in future.

"A lot of people are going to say that Jerome shouldn't have started at lock, but our scrum was really good," said Hansen.

"He scrummed well, the lineout wasn't his problem, it was a throwing problem, and Dane Coles has been throwing well all year, so we're not going to lose too much sleep over that, we'll get him sorted pretty quickly. 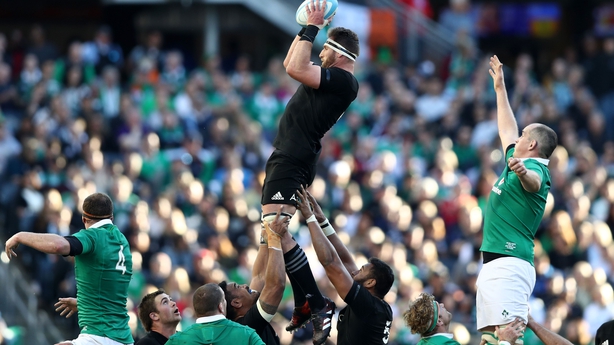 "That middle-of-the-park role was new to him and he probably over-thought it a wee bit, therefore didn't carry as strongly as he possibly could.

"But before the match you'd say that would be his strength, and the other thing, I think the young fella (Scott Barrett) came on and played really.

"But it's about making sure in the long-term he gets that opportunity to play well. You wouldn't want him to come on and have a really hard first half and lose his confidence.

"So while he came on and did really well, do we know if he'd have done that in the first half? Don't know under the circumstances.

"So I'm still happy with the decision we made.

"A lot of people say it's his fault the lineout, but it certainly wasn't his fault.

"I've had a yarn to him and he shouldn't be beating himself up, he's done nothing wrong.

"We probably won't have to put JK (Kaino) back in there because Brodie's on the plane and he's available for Italy if we need him.

"And Scotty's now had a taste of it, and the longer he's here the better he's going to get. But if we had to go back there we probably would."

Centre George Moala has damaged elbow ligaments and will miss the rest of New Zealand's northern hemisphere tour, including the trip to Dublin on 19 November. 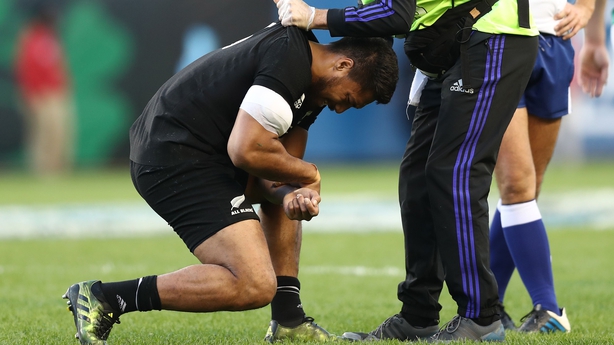 But playmaker Ryan Crotty could yet beat a hamstring problem in time for the France clash in Paris on Saturday, 26 November.

New Zealand have called up Seta Tamanivalu to replace Moala, with the Crusaders centre already in London after helping the Barbarians to a 31-31 draw with South Africa at Wembley on Saturday.

"George's elbow, he's pulled the ligaments and tendons off his elbow," said Hansen of Moala's injury.

"He won't need an operation, but he will be out for the rest of the tour so he's going home today.

"Ryan Crotty has got a hamstring injury which we think should be right by France so he's going to stay.

"Whilst everyone else is sore the sorest part of them is their pride, so they're fit to play.

"Seta is going to come in. He's already over with the Baa-Baas, so he's going to meet us in London.

"It's a great opportunity; he's been in and out of the team a bit this year.

"For a lot of people, coming into the team is a bit overwhelming because there's so much pressure. But once you've been in a couple of times I think it becomes a little easier, so I'm looking forward to how he goes.

"Midfield has been the cursed position this year, we've lost a few of them and a few guys (due to) retiring."