Johnny Sexton needs a “big game” if Ireland are to have any chance of upsetting New Zealand tomorrow, according to former All Black Dan Carter.

The triple Heineken Cup winner is set to win his 62nd cap in Chicago (Soldier Field, 8pm Irish time) and in the absence of experienced players like Sean O’Brien and Peter O’Mahony, must take extra responsibility on his shoulders, says the Racing 92 fly-half.

“The accuracy of the kicking game is hugely important,” Carter told RTÉ Sport. “Johnny Sexton is a fantastic, world-class player and the Irish team will need to count on his skills and his leadership throughout the game.

“And if they are to get close to the All Blacks they’re going to need a big game from him.

“You need to be accurate in everything you do and know how dangerous the back three of the All Blacks can be.”

Steve Hansen’s side are bidding to extend a record 18-game winning run and Carter, the 2015 World Rugby player of the year, says that Kiwi Joe Schmidt’s understanding of the All Blacks psyche can be an advantage.

“You’ve got a great coach that knows the way New Zealanders and All Blacks like to play the game,” said Carter, a brand ambassador for SoftCo10.

“He adds a lot of value to the Irish side in preparing for a game against the All Blacks.

“They’ve got a couple of younger guys that the All Blacks might not know so much about so they’ll have to do a bit of homework on some of those players to find out their traits as well.

“But when you are playing for the All Blacks you tend to focus on what you need to do, on your role rather than the opposition.” 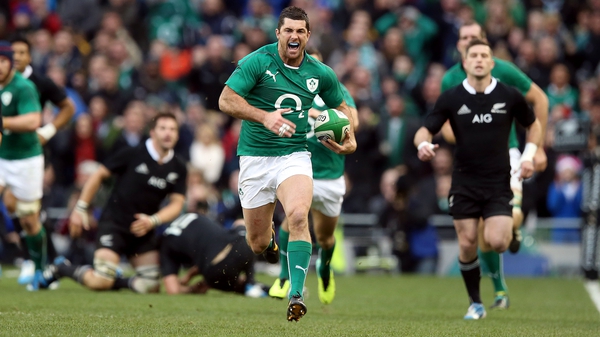