Former New Zealand star Dan Carter believes it would be a huge shock if Ireland recorded a first ever win against his compatriots this weekend - but he's not completely ruling out the prospect.

Ireland face Carter’s old side, who are seeking to extend a record 18-game winning run, in Chicago on Saturday (8pm Irish time) and the 34-year-old doesn’t hold out much hope for Joe Schmidt’s side.

“You never count it out because that’s the beauty of sport.

“We’ve been favourites many times before and been upset, that’s why we watch the game, because things like that can happen.

“You never rule it out, but it’s going to be extremely difficult because the All Blacks are playing with such confidence and their game is just so well fine-tuned.”

Carter has urged Joey Carbery to “enjoy the moment” if he gets his chance to shine off the bench at Soldier Field.

Schmidt is expected to name the 21-year-old on the replacements bench for Saturday’s Test. 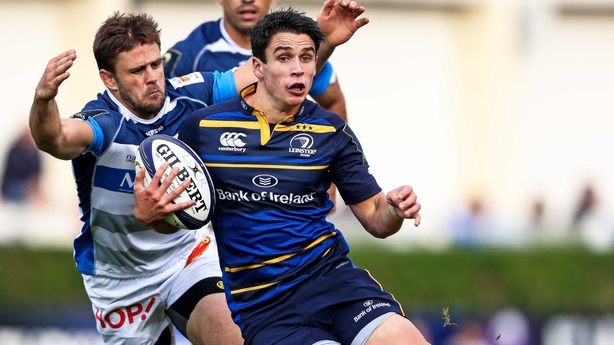 Johnny Sexton is in line to start, but the absence of Paddy Jackson for personal reasons means that the Clontarf fly-half could make his debut against the double World Cup champions.

Carter, who has won almost every honour in the game, still rates his first international appearance in 2003 as the highlight of his career.

Asked what advice he would have for the Auckland-born Leinster player, Carter told RTÉ Sport: “Just enjoy the moment. It happens so quickly.

“It’s such a special feeling, there’ll be all sorts of nervous energy. Just make sure you take a moment at some stage to enjoy it.

“That’s why you play the game. There’s no better thing than playing on the international stage for the first time.

“So if he’s gets his opportunity my message to him is just enjoy it.”

Ireland have, famously, never beaten New Zealand. The closest they have come is a 10-10 draw in 1973.

Looking to stop an 18-game winning run, Ireland, without the likes of Sean O’Brien and Peter O’Mahony, are massive underdogs to halt the juggernaut.

Carter has played six, won six against Ireland but was at a loss to identify what factor is missing from the Irish approach that has seen them fail to get over the line, despite a number of tight games. 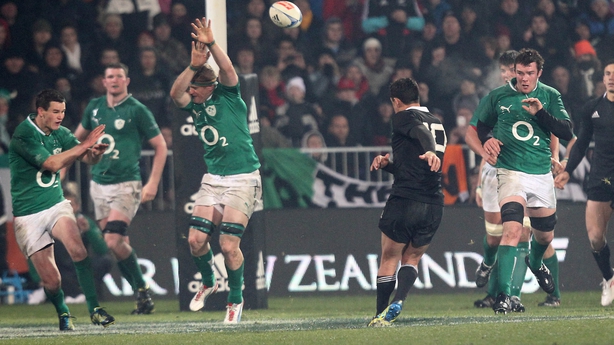 “I honestly have no idea [what's missing]

"They’re a fantastic side that we have huge respect for.

“You’ve come extremely close and you’ve had amazing sides. That history is not going to last forever.

“[The record] brings little bit of edge and pressure every time you play Ireland. You don’t want to be part of the All Blacks side that loses to Ireland for the first time.

“That acts as motivation as well. It’s not a secret formula that we’ve found in the way that Ireland play the game that’s made us so successful. I don’t know what it. 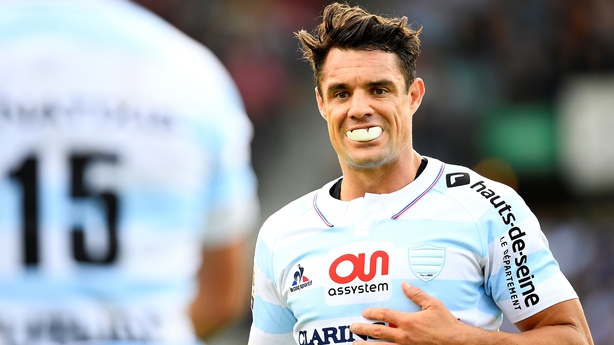 The international world record points-holder added that he wants to “move on” from the doping scandal that threatened to cast a shadow over his career and admitted that his management team got mixed up when the story first broke.

Carter's club, French Top 14 side Racing 92, this week announced that the three-time World Player of the Year, fellow former All Blacks player Joe Rokocoko and Argentinean Juan Imhoff were to take their case to the French prosecutor.

The trio were cleared of any wrongdoing following reports that traces of corticosteroids were found in their systems after the Top 14 final last season.

Carter is upset at how the story, including personal medical information, was reported in the media.

The case of the 112-cap international wasn’t helped when his management reported that he had a Therapeutic Use Exemption (TUE) for the treatment, but it subsequently emerged that wasn’t the case.

“I was extremely surprised about the media coverage that came from it,” Carter said. “The talk of TUEs and things like that where you don’t need one for it.

“Yeah, [my manager] made a mistake, obviously the club cleared that up and gave the full process of what happened and that we hadn’t broken any regulations and that was proven.

“I’ve kind of moved from that now.”

Carter, whose side face Montpellier this weekend, is currently sidelined with a calf strain but expects to be back in a "couple of weeks".