Rory Best has been hailed as one of Ireland's toughest ever Test competitors as the captain closes in on 100 caps.

Ulster rugby director Les Kiss coached Best with Ireland for six years, and ranks the gritty hooker among the most durable stars of the international arena.

Best will draw level on 98 appearances with Peter Stringer as Ireland's fifth most-capped player should he start Saturday's clash with New Zealand in Chicago as expected.

"To have passed 90 caps is special for the uncompromising way he plays the game, so to reach 100 caps would be some occasion too," Kiss said.

"He's had his injuries in his time, but he's robust, resilient and just keeps coming, keeps working hard to improve each year.

"He's got all the qualities that you'd expect from someone capable of reaching 100 caps. I find him one of the toughest players who's ever been up there.

"We'd love to see him hit the 100-cap milestone in the autumn, because he'd be hugely deserving of that."

Best has captained Ireland since Paul O'Connell's injury-enforced retirement after the World Cup in 2015.

The Ulster hooker will lead Joe Schmidt's men once more this autumn, with two matches in three weeks against the all-conquering All Blacks and other clashes against Canada and Australia.

Ulster boss Kiss expects Best to inspire a stirring performance in Saturday's daunting Soldier Field encounter with a New Zealand side aiming to extend their record winning streak to 19 matches.

The former Ireland coach drew on Best's remarkable injury recovery during the 2011 World Cup to underscore the hooker's obdurate streak.

Best was all-but written off for Ireland's quarter-final against Wales after suffering a shoulder problem in the 36-3 pool match victory over Italy. 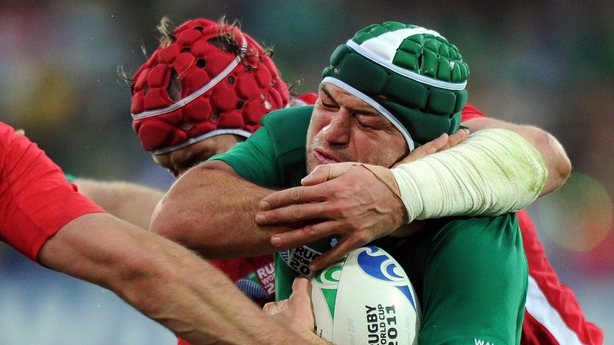 But Kiss explained how the Ulster front-rower's sheer willpower dragged him through an unforgiving contact session to prove his fitness.

"At the 2011 World Cup I remember taking him for a very rigorous contact session the day before the game to prove his fitness," said Kiss, of Best's recovery for Ireland's eventual 22-10 defeat to the Welsh.

"At the beginning of the week he had no chance of making the game, but that day he just ripped into it, and he went out and played accordingly.

"And that type of mental toughness he has is one of the critical components that he offers all the time.

"As a leader he just demands that you turn up and aim up, and he can back it up.

"It's important that you can back it up when you say it, and he's one who can.

"You just look at what he does for any team he plays for, he's one of the most dogged, toughest guys you can play against.

"He's a leader by example, there's not always too many words, but when the words are there, they are strong, poignant and they mean something."