Leinster head coach Leo Cullen says the performances of the younger members of his squad in the victory over Connacht bodes well for the future.

The three-time European champions moved to the top of the Guinness Pro12, level on points with the Ospreys and Glasgow Warriors, after getting the better of their provincial rivals 24-13 at the RDS.

Cullen made 10 changes to the side that claimed a losing bonus point away to Montpellier the week before and against a strong Connacht line-up, was pleased to come out the right side of the result and exact a small degree of revenge for the comprehensive Pro12 final defeat last season. 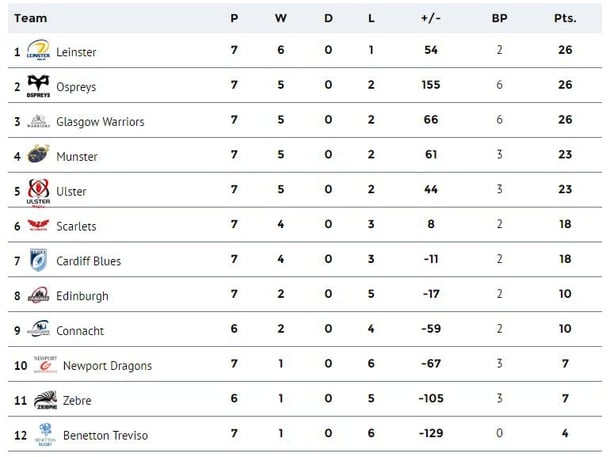 Craig Ronaldson kicked two early penalties for Connacht and Cullen admitted that he was satisfied with how his team regrouped after a difficult opening period to lead 9-6 at the interval.

“We kept our composure after that opening 20 and built our way back into the match,” he told RTÉ Sport.

“I thought we created a lot of chances in the second half, we couldn’t quite nail them.

“When we were attacking up there on a few occasions I thought we could have had one or two more penalties possibly.

“Connacht are a good team and we’re happy to get a result.”

The visitors made more metres, carries, passes and fewer tackles, but their tally of 19 turnovers was an obvious blot on the copybook and Pat Lam conceded the reigning champions didn’t play up to their usual standards.

Despite changing two-thirds of the team, a relatively inexperienced Leinster XV was the dominant side for large portions of the match.

Wingers Adam Byrne and Barry Daly scored the game’s two tries, while the midfield partnership of Rory O’Loughlin and Noel Reid was defensively solid against a potent Connacht attack. 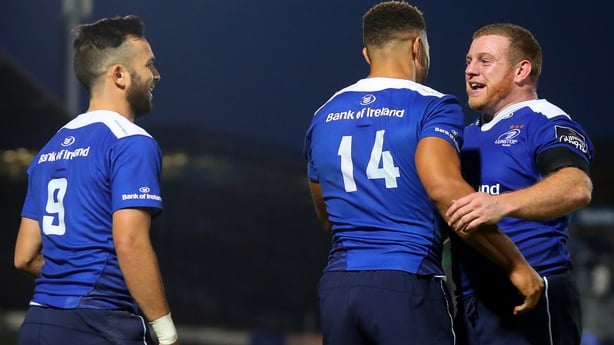 Jamison Gibson-Park added to his growing reputation at scrum-half, Jack Conan made 10 carries in his first start of the season while flanker Dan Leavy continued his fine early season form when he collected the man-of-the-match award.

All in all, a good night at the office for Cullen and his management team.

“It’s a difficult few weeks for us because we are missing a few guys this week, it just causes a few disruptions,” he said.

“It will be the same again next week, but I thought a couple of guys came in and really took their opportunities really well on the flip side.

“That’s really healthy for us moving forward that we have that level of competition.” 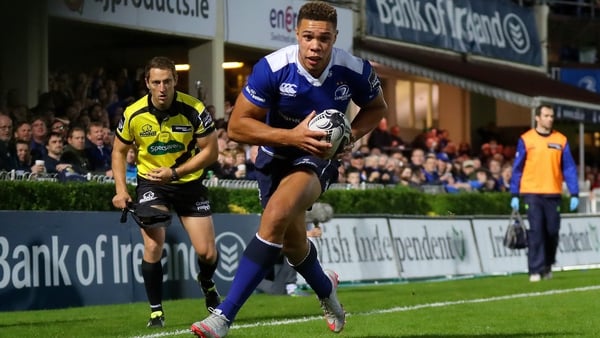