Dublin University have hit the dizzying heights of top spot in Ulster Bank League Division 1A after downing Garryowen 27-14 at Dooradoyle.

The students showed composure beyond their years to see out their fourth win in five top flight games, aided by 10 unanswered second-half points and some resolute defending late on.

Old Belvedere have fallen from first to fourth in the table after Tomas Quinlan's ever-accurate left boot set up a 20-14 win for Cork Constitution at Anglesea Road.

Quinlan landed five penalties, including three for a 9-0 interval lead, as Brian Hickey's charges made it two victories on the bounce, leaving them fifth and just four points off the summit. 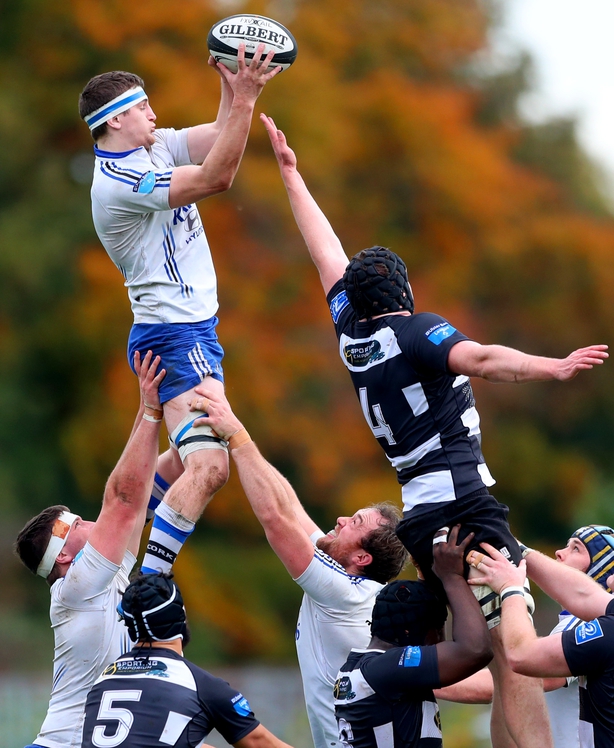 Young Munster got back to winning ways with a fantastic four-try second-half display in seeing off UCD at Tom Clifford Park.

The Cookies turned this game in their favour in the third quarter, tries from influential lock Alan Ross (44 minutes) and out-half Alan Tynan (53) seeing them bounce back from a 12-9 interval deficit.

Roared on by the large home support, Terenure College led 7-5 at half-time, a break from scrum-half Kevin O'Neill leading to the opening try from industrious flanker James O'Neill.

Lansdowne roared back temporarily to the top of the table - and third overall following today's action - with a confidence-boosting 33-31 bonus point win over defending champions Clontarf on Friday night. 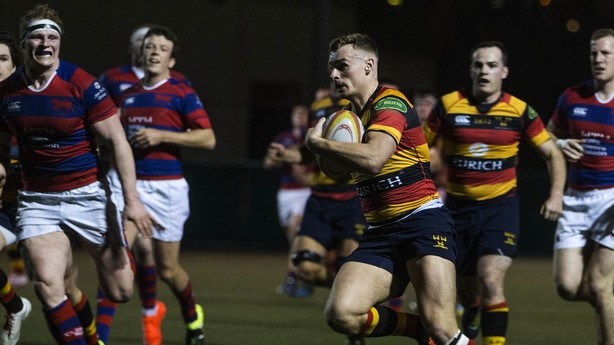 In a sparkling nine-try thriller played on the Aviva Stadium's back pitch, Mike Ruddock's men are now unbeaten in seven league meetings with 'Tarf since April 2014, a galling statistic for the northsiders who are now down to seventh in the standings.

First-half tries from Andy Rowsome, Brian Walsh and Jamie McNamara put UL Bohemians on course for a 25-15 bonus point victory over Ballymena, one of their main rivals for promotion from Division 1B.

After a three-week break in league fixtures, UL resumed in fine fettle as they took their haul at the top of the table to 24 points out of a possible 25.

There were tries aplenty at Ballymacarn Park today where Naas touched down six times in a stunning 41-26 win over hosts Ballynahinch.

Naas who were clinical in finishing their scoring chances, with captain William O'Brien and former Leinster and Connacht wing Fionn Carr touching down as they bagged a bonus point in the first half. 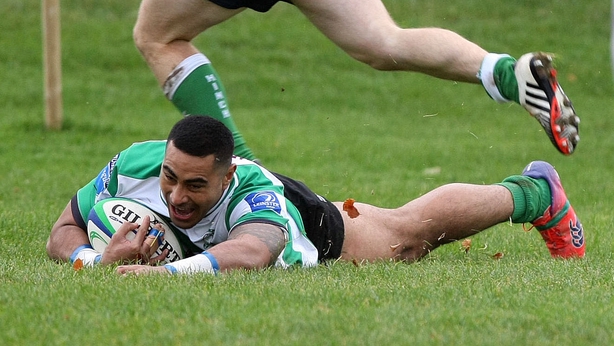 Strong-running Samoan Paulie Tolofua also crossed the whitewash, the big Samoan breaking the line at halfway and charging clear for a five-pointer out wide.

Half-backs Alan Gaughan and Conor McKeon combined for 26 points, the former, who is back from GAA duty with Athlone, kicking four penalties and a conversion.

Leinster hooker Richardt Strauss continued his return from knee surgery in a bonus-point success at home to Galwegians.

Strauss was called ashore early in the second half, getting some more game-time on the back of last week's run-out with Leinster 'A' in the British & Irish Cup.

The visitors took a 25-18 lead into the break, Connacht academy winger Ed O'Keeffe and senior-capped centre Parata setting them on their way with 10th and 15th minute tries out wide.

Replacement David Henshaw peeled off a maul for a key seven-pointer and Wesley never looked back from there, Kiwi centre Isaac Leota intercepting and running in the bonus-point try that moved the Donnybrook outfit up to third.

Centre and captain Kevin Slater crossed for the only try to guide UCC past Shannon on a 17-9 scoreline at the Mardyke.

The Cork students converted an overlap wide on the right as Slater snaked over in the 72nd minute, putting themselves out of reach of bottom side Shannon who remain without a win after five rounds.