Tony Ward has spoken of the unique bond between Ulster and Munster rugby that will make for another intensely emotional occasion at Kingspan Stadium tonight.

Rassie Erasmus brings his side north after a fortnight of incomprehensible challenges, with the passing of Anthony Foley rocking the entire sporting world.

Munster produced a titanic Champions Cup performance last week to honour their late coach as they blew Glasgow Warriors away in front of an electric Thomond Park.

However RTÉ rugby analyst Ward believes Erasmus now has a massive task to raise his men again for tonight's Pro12 derby, though he also highlighted the respect and reverence Munster can expect from the home crowd when they take to the field.

“It’s a huge ask in terms of emotion as well as the physicality and the effort that they expended," Ward told RTÉ Sport's Morning Ireland.

"It’s going to be an incredible occasion. When Nevin Spence passed away Munster paid tribute to  the Ulster centre and erected a little memorial to him at Thomond Park.

"Ulster are reciprocating that gesture tonight, doing likewise in honour of Anthony Foley in the dressing room before the game.

"The respect on the terraces too is enormous. It’s a mutual respect that’s been built up over the years." 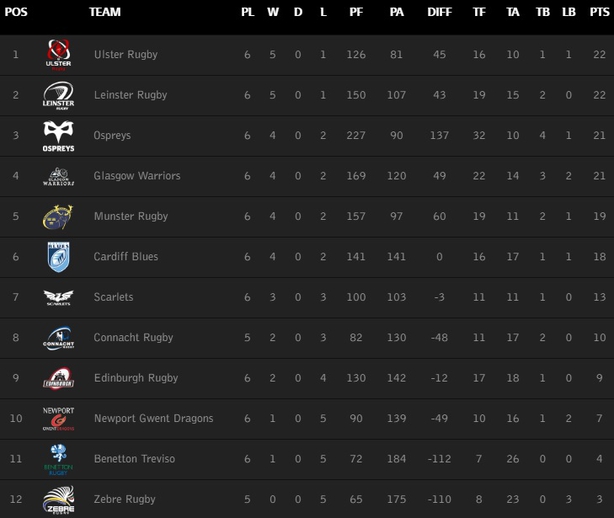 Jack O'Donoghue starts at number eight, while Duncan Williams and Ian Keatley form a half-back partnership, with Ronan O'Mahony and Andrew Conway both returning to the back three.

Munster could leapfrog their opponents with a victory, but Ward feels the hosts' back line will prove pivotal.

“It’s quite cliched, but it is the Munster pack against the Ulster backs," he said.

"If Munster can dominate for 80 minutes – and it’s going to be very very difficult to deny Ulster ball – then clearly they can do it.

"But you look at the Ulster back line and it’s just littered with stars. I think Ulster might just get enough ball, and if they do then I think they can just about shade it."