Former Ireland fly-half O'Gara admitted he finds himself living "minute by minute" as he continues to come to terms with old Munster team-mate Foley's death.

Munster dispatched Glasgow 38-17 in Limerick amid heartfelt tributes to Foley on Saturday, his two young sons joining the players on the field in a post-match rendition of the province's song "Stand Up and Fight".

"I think we're all really shook by it because it's just something very difficult to get our heads around," O'Gara told BT Sport of Foley's death, from a heart-related condition.

"The world of rugby has been really comforting. A massive comfort, I think."

Foley's hometown of Killaloe came to a standstill for his funeral on Friday, as Irish rugby's great and good - all firm friends of the late 62-cap back-rower - descended to pay respects. 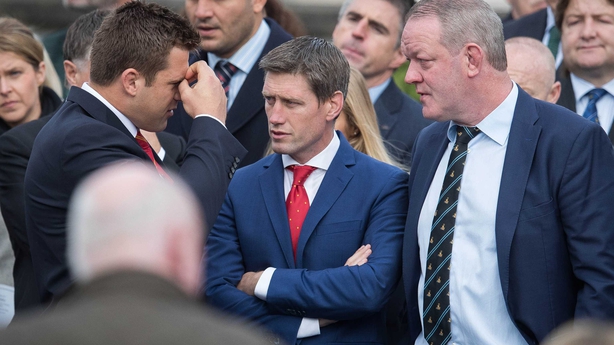 Munster captain Peter O'Mahony had choked back the tears earlier in the week as the province confirmed they would stage their Champions Cup clash with Glasgow as scheduled on Saturday.

Foley was O'Mahony's idol, mentor, coach and friend across the course of the pair's blossoming relationship, leaving the Munster skipper to sum up the province's loss when admitting "I'm not doing him justice here" in paying tribute.

Racing coach O'Gara was preparing for the clash with Munster in Paris when Foley's death was confirmed.

The 39-year-old was on hand as Racing lost out 27-17 at Leicester on Sunday, and took time out to pay tribute to his close friend and long-time Munster colleague.

Ireland flyer Simon Zebo was moved to tears in the build-up to Munster's thrashing of Glasgow, where supporters raised coloured cards above their heads to spell out 'Axel', Foley's nickname. 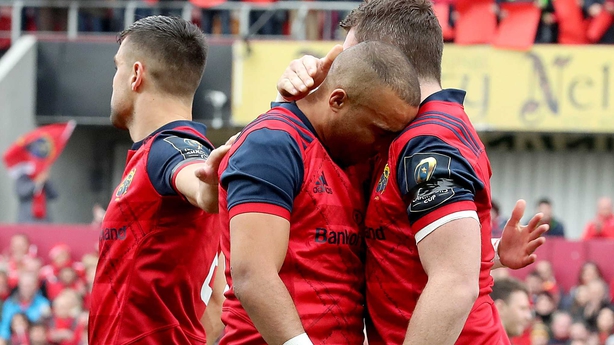 O'Gara admitted the chance to reminisce on Friday night with friends and team-mates on Foley's greatest exploits, including leading Munster to their first Heineken Cup triumph in 2006, proved real comfort.

"Obviously we all come from somewhere and I'm extremely proud I come from Munster and from Ireland, because what I saw the last week fills me with massive pride," said O'Gara.

"It's a special place over there. Thomond on Saturday was incredible, and the world of rugby too.

"It's a wonderful game we play, and I think some of us when we're in the bubble may be overcome by results.

But to see the rugby family and what they've done in the last week has been really, really special.

"With the team-mates, I never laughed as much as we did on Friday night. My ribs are sore from laughing. And that helps. 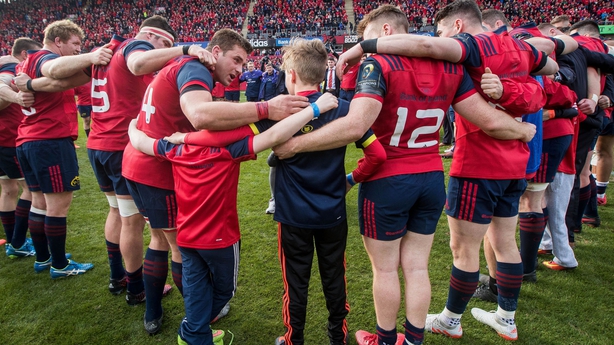 "The people of Killaloe were so warm and Anthony's family have been incredible, led by Olive (Foley's wife) obviously.

"It's minute by minute at the minute. The week has been a blur. It's a case of just trying to do your best.

"That's why you get into sport, to savour the memories we've had with Anthony and the red jersey."