Stacey Ili scored a hat-trick of tries on his first start for Connacht as they swept 14-man Zebre aside in a 52-7 Champions Cup win in Parma.

Tommaso D'Apice got Zebre off the mark but back-three talents Kelleher and Ili took Connacht's try haul to eight late on, with the result seeing the Irish province climb above their next opponents Wasps at the top of Pool 2.

Connacht made a blistering start on their return to Stadio Sergio Lanfranchi where their PRO12 clash was abandoned last month due to bad weather. Zebre were leading 22-10 at the time, but this rematch was one-sided. 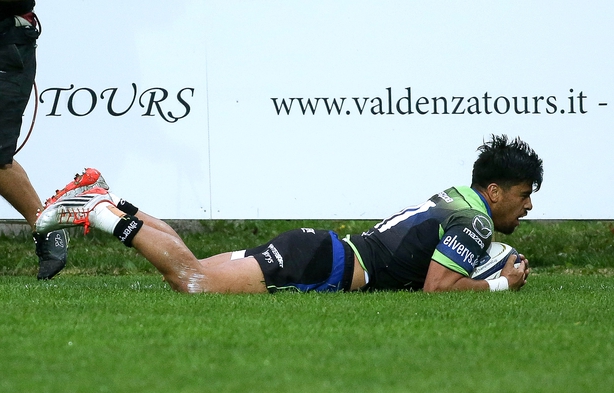 Craig Ronaldson was pinged for a double movement as the westerners pressed for an immediate try which eventually came in the ninth minute, winger Ili dotting down in the left corner after an excellent kick in behind by fly-half Carty.

Three minutes later, Peter Robb's huge tackle on Carlo Canna forced a turnover on the edge of the Connacht 22 and Carty, collecting the loose ball, raced clear to score under the posts with Ronaldson converting. 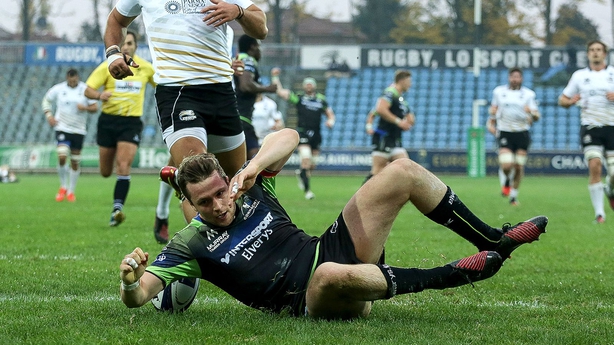 Referee Mathieu Raynal had a tough task in sorting out a series of messy scrums and errors from Connacht allowed Zebre to gain a foothold.

Flanker Sean O'Brien saw yellow for knocking the ball out of scrum half Marcello Violi's hands at a ruck.

Play became scrappy and disjointed, and tempers flared on the half hour mark when Fabiani allegedly bit Quinn Roux.

He received his marching orders after input from TMO Eric Gauzins. 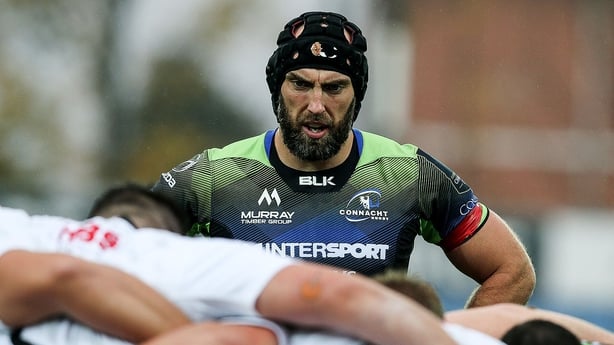 Zebre full-back Edoardo Padovani badly missed a subsequent penalty before the break, but Connacht reasserted themselves on the resumption with Ili quickly completing his brace. After good initial work by Kieran Marmion and Kelleher, Carty's inch perfect cross-field kick played in the Kiwi while Gabriele di Giulio was down injured.

Ronaldson converted and also added the extras to the penalty try, just after Zebre replacement Castello was binned for playing the ball on the ground and Connacht upped the ante at scrum time.

Kelleher and replacement prop Carey both scored within two minutes of each other, with Danie Poolman making an impact off the bench and scrum half Marmion revelling in the high tempo game.

Replacement hooker D'Apice snook through to open Zebre's account after a lineout maul. 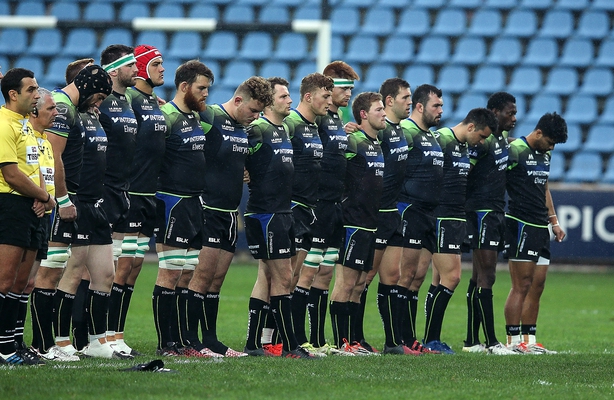 A combination of mistakes - Connacht's lineout in particular - and substitutions led to a ragged spell which was broken up by Kelleher's second touchdown, coming from Shane O'Leary's clever break and offload.

Fittingly, Ili had the final word as he pumped his legs in a tackle and showed good strength to make the line and get Connacht to the half century