Australia coach Michael Cheika fumed over what he perceived as disrespect from the All Blacks after the world champions beat his Wallabies side to secure the top tier record for consecutive Test wins on Saturday.

The 37-10 victory at Eden Park was the 18th in a row for New Zealand and completed a 3-0 sweep of this year's Bledisloe Cup series after emphatic wins over Australia in Sydney and Wellington in August.

Cheika, who guided Leinster to the \Heineken Cup in 2009, was left incandescent with rage in the coach's box soon after half-time when Australia had a Henry Speight try, which would have levelled the scores, disallowed for the obstruction of a potential tackler.

After the match, though, his major concern appeared to be an illustration on the front page of the sport section of a New Zealand newspaper on Saturday that had depicted him as a clown replete with the Wallabies crest on his smock.

"I don't think they really want my comment anyway," he told reporters in Auckland when asked what he thought of New Zealand's record achievement.

"They dressed us up as clowns today, so they wouldn't really want our comment. I don't think they respect our comment anyway so we won't make one. It was on the front page of the paper bro."

Cheika then suggested that allegations of bugging at the All Blacks team hotel, a story that was held for a week and broken on the morning of the first Bledisloe Test in Sydney, had also shown a "lack of respect".

"They don't need to do that stuff," he added. "They're too good anyway. It's only because they want to do it to try and needle either me or us."

All Blacks coach Steve Hansen dismissed the idea that New Zealand had no respect for the Wallabies as "rubbish" and said Cheika had hijacked the news conference. 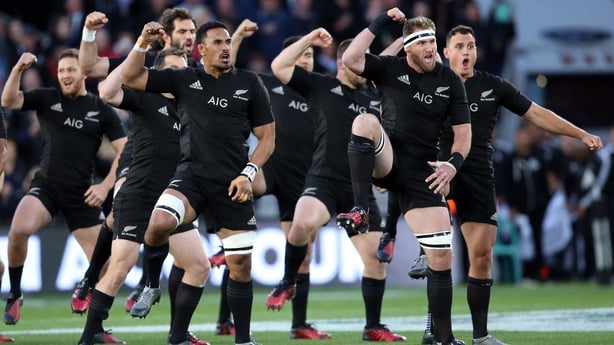 "This conference tonight seems to have been hijacked by something that's really got nothing to do with rugby, someone feeling a little aggrieved about things that you guys have done, making him be a clown," he said.

"It shouldn't get hijacked tonight, what happened tonight is a really good Test match.

"You've got to be bigger than that, don't you? I've been dressed up as a clown myself. You don't want to take it to heart otherwise it'll break you. We've got no control over what the media do."

"I've never seen shepherding from behind before," Cheika said.

"But we can only call it a turning point if we lose by less than one score. Having said that, someone's got to own that mistake. We'll see if World Rugby come out with an announcement or anything like that."