New Zealand clinched a record-breaking 18th consecutive victory with a bruising 37-10 win against  Australia at Eden Park in Auckland.

Julian Savea scored a pair of tries as the All Blacks were made to fight for the record win, despite the size of the margin, in easily their most difficult test of a hugely dominant southern hemisphere winter.

A physical Australian outfit managed to un-nerve the world champions, and controlled possession for large parts of the second half, but typically clinical finishing from the hosts proved the difference.

TJ Perenara and Savea both crossed when Australia had been threatening, which effectively took the wind out of the Wallabies' sails as they sought a first win in Auckland for 30 years.

The visitors were also left to rue a controversial disallowed Henry Speight try in the second half when the television official harshly ruled that Dane Haylett-Petty had blocked the chasing Savea. 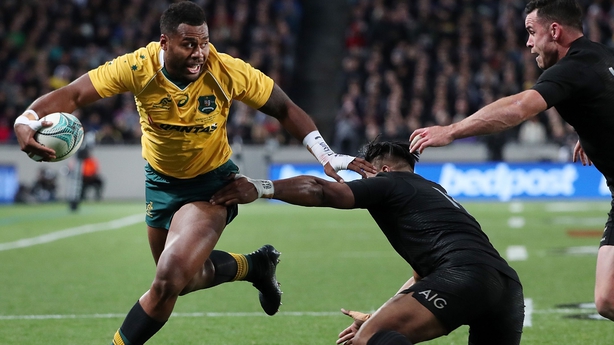 Australia would have drawn level at 15-15, with a conversion to come, but it proved a pivotal moment as soon after the All Blacks produced a swift counter-attack when under pressure that ended with Savea under the posts.

Australia's resistance was broken and Savea added his second try before handing off to Dane Coles just before the line to blow out the final scoreline.

Steve Hansen's men had already wrapped up the Bledisloe Cup, and Rugby Championship, even before their stunning 57-17 blitz of South Africa in Durban earlier this month saw them draw level with the world record for consecutive wins against tier-one opposition.

That mark appeared well within their grasp after just 10 minutes when Israel Dagg and Anton Lienert-Brown touched down after Australia's defence had been pulled apart on both occasions.

Australia found a foothold in the game, however, and Rory Arnold's converted try on the half-hour rewarded their effort. 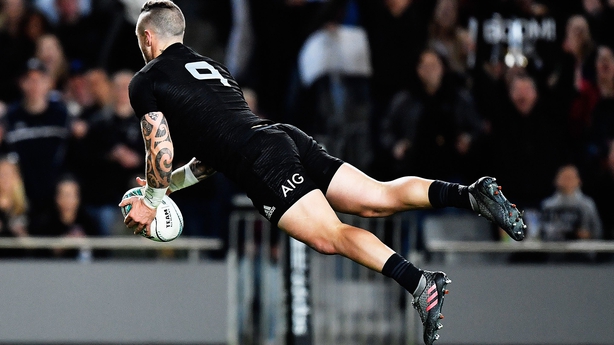 The Wallabies then continued to apply pressure only to softly concede a third try when scrum-half Perenara - in the side following Aaron Smith's well-publicised absence - charged down Reece Hodge's attempted clearance near his own posts and ran onto the loose ball.

Australia came again and the impressive Bernard Foley kicked over a penalty before orchestrating the move from his own half that ended with Speight diving over.

The Wallabies' celebrations were cut short when the TV official stepped in and from there New Zealand took charge with a ruthless 15-minute burst of rugby that has been the hallmark of their run into the record books.