The French rugby federation (FFR) has cleared former All Blacks Dan Carter and Joe Rokocoko, as well as their Racing Metro team mate Juan Imhoff, of any doping wrongdoings.

French newspaper L'Equipe reported earlier this month that tests conducted after the Top 14 final in June, in which Carter's Racing Metro beat Toulon 29-21, showed the players had tested positive for corticoids, typically used to treat inflammation or joint pain.

"The medical committee of the French Football Federation has dispelled doubts hanging over the medical practice of Racing 92," Racing said in a statement on their website.

"It means that, as we have always said, Dan Carter, Joe Rokocoko, Juan Imhoff and Sylvain Blanchard, the club doctor, did not commit any violation of the regulations, not the least ethical violation.

"We look forward to a decision that does not concern only three players but also the club and the image of the whole discipline."

The FFR opened a disciplinary case against the club last week after Racing denied they had breached anti-doping rules.

Carter and Rokocoko's agent, Simon Porter, had earlier said that the duo had been granted Therapeutic Use Exemptions (TUEs) for the prescribed medication as they recovered from injuries.

"I just received the ruling from the FFR today," Carter said in a statement on Instagram.

"No surprises that the FFR's ruling was that I'd done nothing wrong. I hold my integrity and the game of rugby's integrity in the highest regard.

"I love this game and owe so much to rugby that I would never do anything intentionally to bring it into disrepute.

"Whilst this whole episode is disappointing and frustrating, I support the authorities who work hard to ensure our game is played fairly. I am glad that we can now put all this behind us so I can now concentrate on playing rugby!" 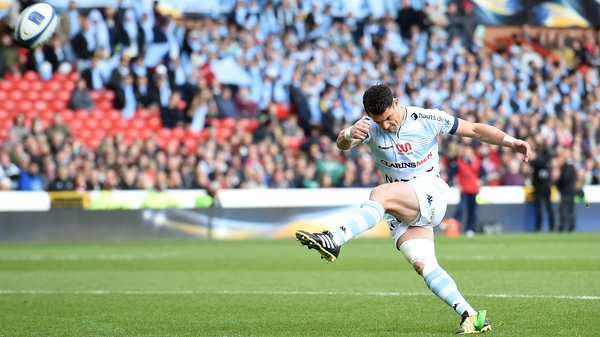 Racing 92 stars Carter, Rokocoko and Juan Imoff at the centre of doping claims