All Blacks scrumhalf Aaron Smith will "voluntarily" stand down for Saturday's final Bledisloe Cup match against Australia and receive an official warning for his tryst in an airport toilet.

Smith already missed the All Blacks' final Rugby Championship match against South Africa a week ago and flew home in disgrace after he was spotted going into a disabled toilet with a woman at Christchurch airport last month.

New Zealand rugby confirmed the scrum-half will not be involved against the Wallabies.

"In light of the impact on the reputation of All Blacks jersey and the commercial partners Aaron's actions amounted to serious misconduct," NZR said in a statement after the player faced a two-hour disciplinary hearing on Monday.

"He will voluntarily stand down from assembling with the All Blacks for this weekend's Bledisloe Cup test match."

Smith will also be issued an official warning and forfeit his "selection fees", the statement added.

"We have also taken into account the fact that the very public nature of this incident, has had a significant impact on him personally."

World Cup winner Smith has been a regular for the All Blacks in the last three seasons and has earned 54 caps since making his debut in 2012.

The scandal, which broke earlier this month, caused a media storm in rugby-mad New Zealand, with Prime Minister John Key weighing into the controversy.

"I've made a huge mistake, a huge error in judgment," the Highlanders scrum-half said.

"I'd firstly like to say a huge sorry to my partner Teagan, her family, my family. I'm also sorry to my team-mates, NZRU and the New Zealand fans.

"My behaviour was unacceptable and if you could respect me and my partner in this situation. I'm just trying to get home to deal with this. Thank you." 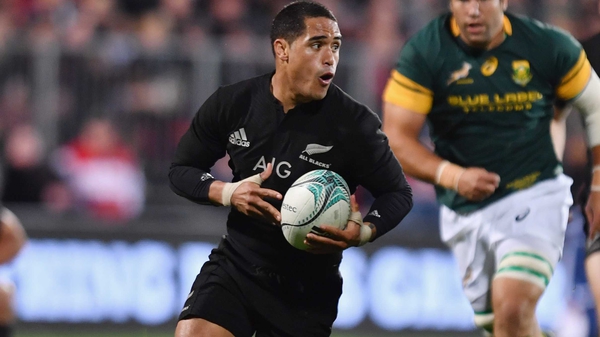