Hartley, 30, was named England skipper this year under new coach Eddie Jones after a controversial career undermined by disciplinary problems.

"It might be tough on Dylan but he seems to have learned from all of the scrapes he's been in," O'Connell told the BBC.

"I think he'd be a great captain."

New Zealand-born Hartley missed the last Lions tour to Australia in 2013 after being sent off for abusing the referee while playing for his club Northampton in the English Premiership final.

Lock O'Connell, who was captain on the 2009 tour of South Africa, played 108 tests for Ireland and seven for the Lions before sustaining a serious hamstring injury during last year's World Cup which forced him to retire from the sport.

"Dylan's been through all the ups and downs and he seems to be in a very good place in terms of how he plays and how he leads the team now," O'Connell said.

Hartley also missed last year's World Cup after being found guilty of head-butting an opponent and has been banned for 54 weeks for his behaviour on the field. 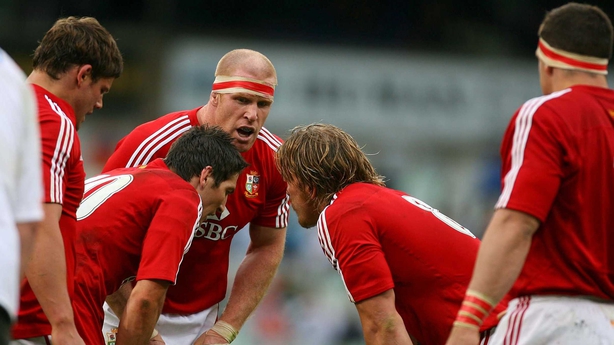 "I played with loads of guys that were in plenty of scrapes but it turns out that they are the guys you 100% want in your team," O'Connell said.

Hartley is one of the candidates to captain the Lions in New Zealand under coach Warren Gatland along with Wales flanker Sam Warburton, who led the team to victory on their last tour to Australia in 2013.