Connacht are showing some signs of a return to form but an on-fire Ulster side may just have too much for the Pro12 champions, according to Tony Ward.

Pat Lam’s side got their first win of the season last weekend against Edinburgh, while Ulster have been setting the pace with five wins out of five.

The teams clash tonight at the Sportsground (7.35pm) and despite home advantage, the ex-Ireland out-half reckons Ulster can extend their lead at the top of the table. 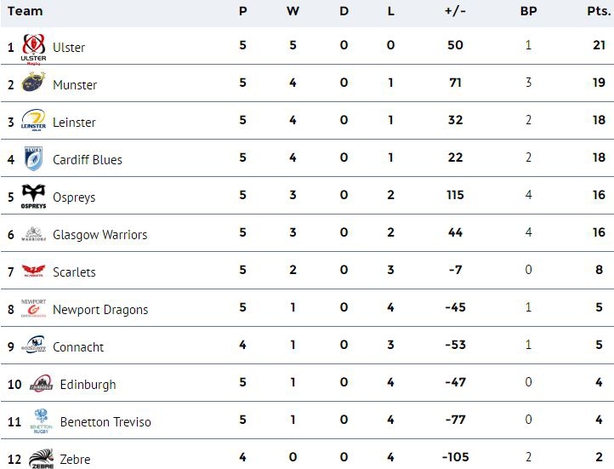 “There’s no doubt that Connacht have set standards for themselves given the way they played at the end of last season and we’re all expecting that again [but] it doesn’t quite work out that way,” Ward told RTÉ Sport.

“They have players to replace them – we saw Peter Robb last weekend as a real possibility in the centre and you’d say the same about [out-half] Jack Carty, and obviously [second row] Ultan Dillane but in a different role.

“So if they can get those pieces right, and there were little hints of that against Edinburgh last week then we’re really in for a humdinger this evening.

“They really want that Ulster scalp because it’s one that Pat Lam doesn’t have.

“But when you talk about form to date and all the evidence, it’s very difficult to go against an Ulster team that’s on fire and winning at the moment and has that momentum.”