Dan Carter and Joe Rokocoko's management company said it had been "aware of the issue for a few weeks" after the former New Zealand internationals reportedly gave drug tests which showed anomalies earlier this year.

French newspaper L'Equipe claims "traces of corticosteroids" were found in the urine samples produced by the Racing pair when all players were tested by the French anti-doping agency ahead of June's Top 14 final.

Simon Porter - a player manager from the Essentially Group, which represent both players - said he has known of the situation for some time, and insisted the pair had therapeutic use exemptions (TUEs) in place, meaning they were allowed to take prescribed medicines.

"We have been aware of the issue for a few weeks," Porter said, quoted in the New Zealand Herald.

"Our understanding and assurances we've had are all the documents around TUEs were in place." 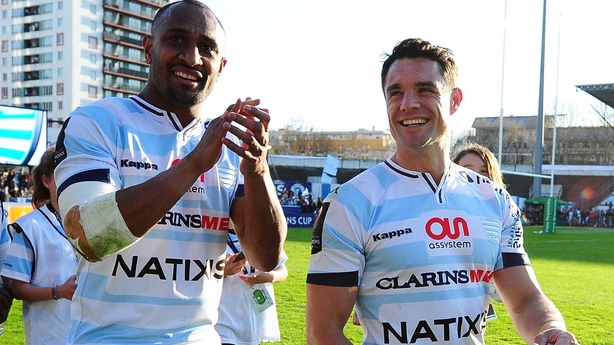 Porter added that the two players were relatively "relaxed" because they were confident the Racing club doctor had filled in the necessary documents.

Carter was receiving medication for a calf injury, Porter said, while Rokocoko was recovering from a knee problem.

Carter was named man of the match in Racing's 29-21 victory over Toulon at Barcelona's Nou Camp on 24 June.