As Ireland’s top internationals return to club action this weekend, Bernard Jackman reckons that the provinces’ results to date means that their starting places are no longer guaranteed.

Johnny Sexton makes his seasonal bow for Leinster’s clash with table-toppers Ospreys tonight, while Ireland captain Rory Best is on the bench for Ulster’s trip to Glasgow (both 7.35pm).

Ulster have won three from three in the Pro12, while Leinster and Munster have both won two games, all without many of the IRFU-contracted players.

Connacht, however, lost their first two, while their third fixture against Zebre was abandoned.

Grenoble coach Jackman, who won the Heineken Cup in 2009, highlighted Leinster’s win over Edinburgh last weekend as a reason for optimism.

“I thought Leinster showed a huge amount of promise in their game against Edinburgh,” Jackman told RTÉ 2fm’s Game On.

“There are young guys who have put their hand up now"

“There are young guys who have put their hand up now and they’re going to make a statement that the internationals aren’t guaranteed the shirt when it comes to the crunch games in Europe in a few weeks’ time.

“But having the likes of Sexton and the other internationals coming back is a huge boost for Leo Cullen.

“If you look at Leinster and Munster, they have won two of their first three games while missing their international players.

“That’s what Joe [Schmidt, Ireland coach] and Leo and Rassie [Erasmus, Munster coach] would have been hoping as well – that they can get results even when they are missing their frontline guys.”

The first round of the Champions Cup takes place on the weekend of the 15/16/17 October with Leinster hosting Castres and Connacht welcoming Toulouse. Ulster and Munster face trips to Bordeaux and Racing respectively. 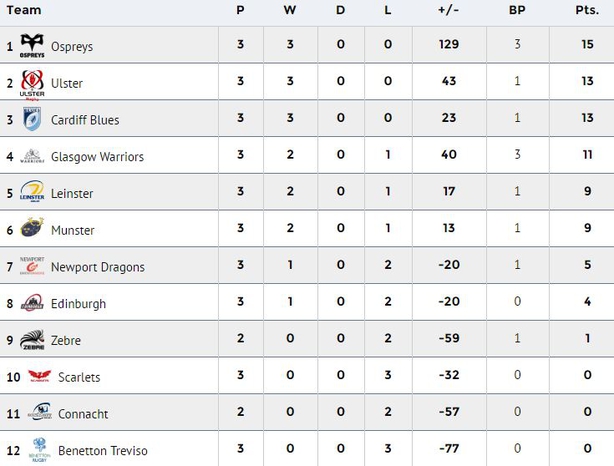