Connacht coach Pat Lam conceded that his side were “asking for trouble” by turning over so much possession during a heavy home defeat to Glasgow Warriors.

The Pro12 champions, who beat the Scots twice at the Sportsground at the end of last season, fell to a 41-5 loss in their opening game of the season yesterday.

The westerners trailed 13-5 at the break but the visitors cut loose in the second half, adding four tries to their tally.

Lam told RTÉ Sport: ”We spent a lot of time on defence from our own turnovers so when you give a quality side like that opportunity to play, and we spent long periods of time on defence, you are asking for trouble.

“There was moments, we started well and we opened them up a few times but turning the ball over made it difficult for us.

“It’s one of those things. There’s no doubt we played a pretty good side there." 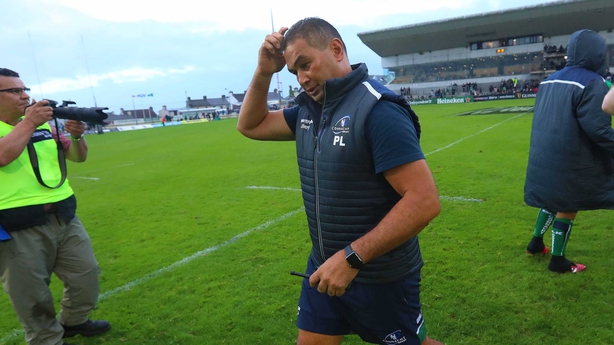 Connacht were the only Irish side not to win at the weekend and Lam must now lift his charges for the visit of Ospreys next Saturday (7.35pm), who arrive boosted by a 59-5 home win over Zebre.

“To me the pressure is more on ourselves around getting up to speed and tidying all the things up,” he said.

“Ospreys had a massive win against Zebre so we need to bounce back and that comes from making sure all the little things are done right.

“There’s got to be some interesting [video] footage that we’ll go through."