Pat Lam can't wait to savour the "magical atmosphere" of the Sportsground as Connacht begin the defence of their Pro12 title against Glasgow Warriors on Saturday evening (5.15pm).

The Westerners captured a fairytale crown when they defeated Leinster in the decider in Murrayfield, winning an army of new fans with their adventurous, attacking approach to the game.

Now, they'll look to do it all again, but Lam is relishing the prospect.

"We have two teams who really like to express themselves," he said ahead of the opener. "Games against Glasgow are always tough and uncompromising and with their impressive selection of international players, we expect that to be no different tomorrow.

"It's a new season and a somewhat new-look side with just eight who started at Murrayfield in May lining out tomorrow. Today is the last time all 12 teams will be level on points. With five points on offer now our focus is on the process which will give us the best chance of winning.

"Starting the championship at home is a huge boost and we're looking forward to experiencing the magical atmosphere here at the Sportsground once again."

New signing Cian Kelleher will make his competitive debut lining out at fullback. The 22-year-old is named in a back three with Niyi Adeolokun and Irish international Matt Healy.

Eoin Griffin has been handed the number 13 shirt for his return to the Sportsground after two seasons with London Irish. The 25-year-old from Galway will partner last season's Pro12 Players' Player of the Year Bundee Aki in midfield.

In the pack, Denis Buckley makes a welcome return to the front row after his lengthy lay-off recovering from an ankle injury. Internationals Finlay Bealham and Ultan Dillane are also named and Nepia Fox-Matamua returns to start in the back row with Eoin McKeon and captain John Muldoon.

From the bench, Lewis Stevenson is in line to make his full Connacht debut and Kieran Marmion comes in as the replacement scrum half. 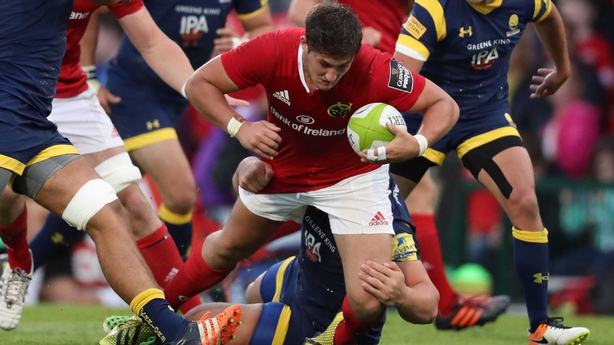 Academy centre Dan Goggin will make his first competitive start tomorrow as Munster start their campaign with a trip to Scarlets.

Returning internationals Dave Kilcoyne and Donnacha Ryan could see some game time this weekend after being named on a bench that sees academy prop Brian Scott and second row Jean Kleyn included in a Pro12 matchday squad for the first time.

James Cronin, Niall Scannell and John Ryan make up the front row with Foley coming in to partner captain Billy Holland in the second row.

It's as you were in the back row with Dave O’Callaghan, Tommy O’Donnell and Jack O’Donoghue all remaining in situ. Duncan Williams starts at scrum half and joins Tyler Bleyendaal in the half backs.

The New Zealander will make his first Pro12 appearance since December. Having spent two years together in the academy, Goggin will be well acquainted with his midfield partner Rory Scannell, while Ronan O’Mahony, Darren Sweetnam and full-back Simon Zeboagain make up the back three. 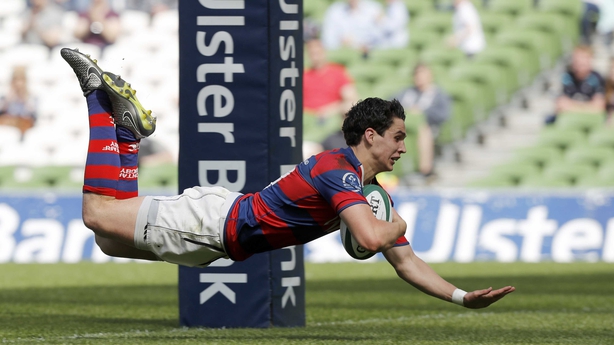 Joey Carbery (above) will make his first start at out half for Leinster tomorrow night in the Pro12 opener against Benetton Treviso at 7.35pm

Having made a successful debut last season off the bench away to Glasgow in March, the former Clontarf man has been handed the 10 jersey for the first competitive match of the season.

And there is a return for Cian Healy after nearly five months out with knee and neck injuries.

Luke McGrath will captain the side for the second time in his career from scrumhalf, the first time the St. Michael's man will lead the team out at the RDS.

Elsewhere in the backline, Rob Kearney starts at full back and is joined in the back-three by 31-time capped Springbok Zane Kirchner, with Fergus McFadden on the left wing.

Noel Reid and Garry Ringrose will get an opportunity to impress from 12 and 13 having last started together in the centre last November against the Scarlets in a 19-15 win.

Elsewhere in the pack, Bryan Byrne makes his first Pro12 start since last October at loosehead, while Michael Bent starts on the opposite side of the scrum at tight head.

Ross Molony and Mike McCarthy pair up in the second row, while in the back row Dominic Ryan, Josh van der Flier and Dan Leavy start after impressing in the three friendlies to date.

Should manager Leo Shane Cullen use his replacements bench there will be Leinster debuts for former Hurricane Jamison Gibson-Park at scrumhalf and for Academy pair Andrew Porter and Rory O'Loughlin. 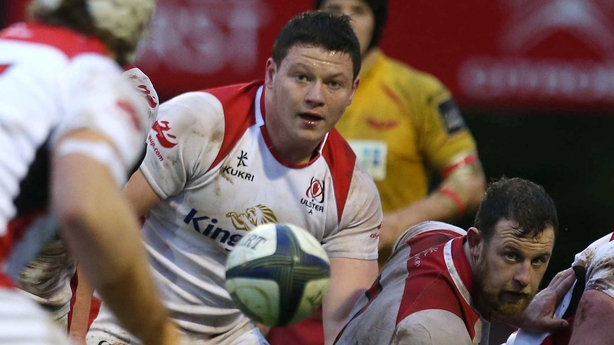 Academy prop Ross Kane, Charles Piutau and Brett Herron are in line to make their competitive debuts for Ulster against Newport Gwent Dragons at Kingspan Stadium on Friday at 7.35pm.

21-year-old Kane will be joined in the front row by Callum Black and Rob Herring, who will again skipper the side from hooker.

Pete Browne and Franco van der Merwe will continue their combination in the second row.

Reidy's inclusion at openside flanker leads to a re-shuffle in the back row, with Clive Ross moving to blindside and Roger Wilson continuing at number 8.

Herron will partner Ruan Pienaar at half back, while Stuart McCloskey and Olding will form an exciting midfield partnership.

Piutau, Gilroy and Ireland U20 star Jacob Stockdale will occupy the back three positions. Louis Ludik was unavailable for selection because of a hand injury picked up against Northampton. 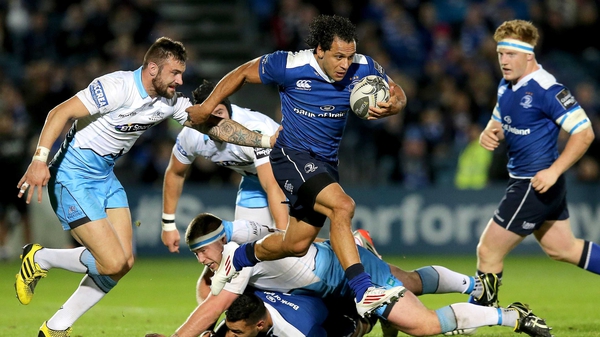