The 2017 Guinness Pro12 final will take place at Aviva Stadium in Dublin, with the competition's sponsor also set to extend its association with the league until 2020.

The Dublin decider will take place at the Lansdowne Road venue on Saturday 27 May 2017, with tickets already on sale on the Ticketmaster website.

The 2016-17 season gets under way on Friday 2 September, with Leinster hosting Treviso at the RDS and Ulster entertaining the Dragons at Kingspan Stadium.

Reigning champions Connacht and Glasgow meet at the Sportsground a day later, while Munster travel to Wales to face Scarlets on the second day of action in the competition.

Speaking at the launch of this season’s competition at the Aviva Stadium this morning, Pro12 managing director Martin Anayi said: “After the successes of the finals hosted in Belfast and Edinburgh, Aviva Stadium will provide another grand stage that rewards clubs, players and fans from across the championship. 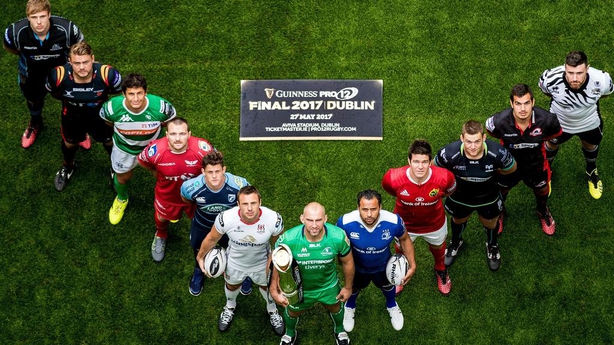 “Since its redevelopment in 2010, Aviva Stadium has fast become an iconic rugby arena and after a thrilling final at BT Murrayfield between Connacht Rugby and Leinster Rugby that set a new attendance record, it seems only right that we should try to raise the bar yet again here in Dublin.”

Meanwhile, statistics gathered by World Rugby have shown that when it came to average ball in time play across the 2015/16 season, the Pro12 scored the highest when compared to all club and international tournaments.

It also had the least amount of penalties conceded among the top leagues in Europe.